This wonderfully named company has released new sets of waterslide markings for the P-47, MiG-17 and other types. 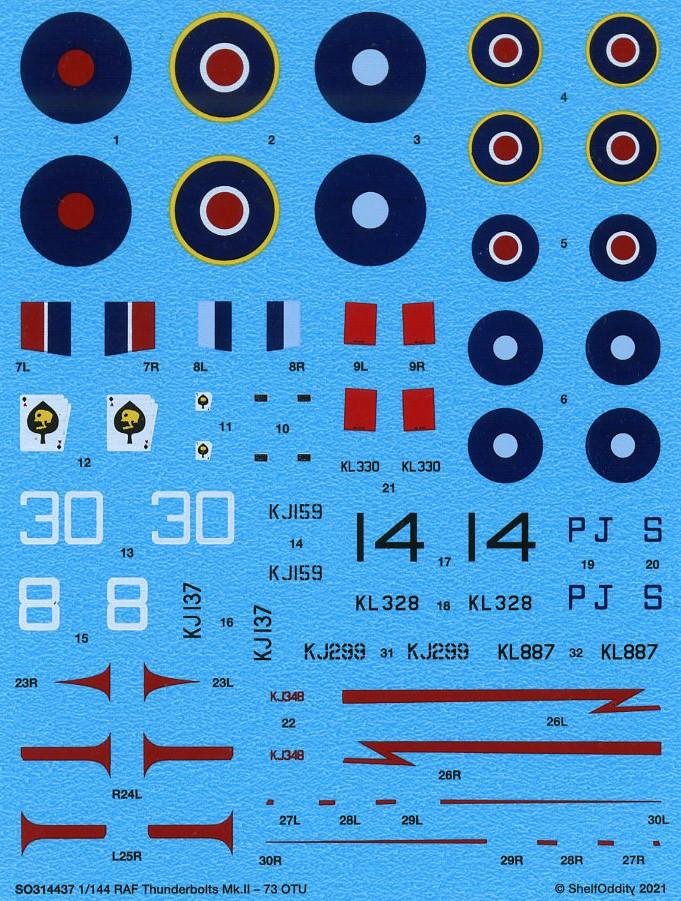 Small-scale aircraft may be not everyone’s cup of tea, but for those short on display space they are real boon. One firm that’s making efforts to provide a decent array of aftermarket support is Shelf Oddity, which has recently released the following 1/144 decal sheets: 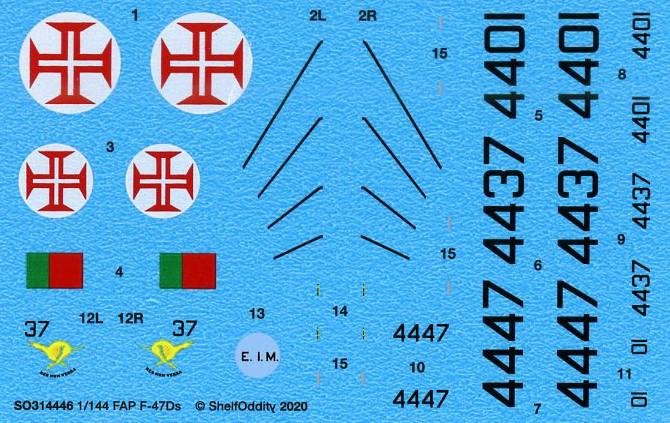 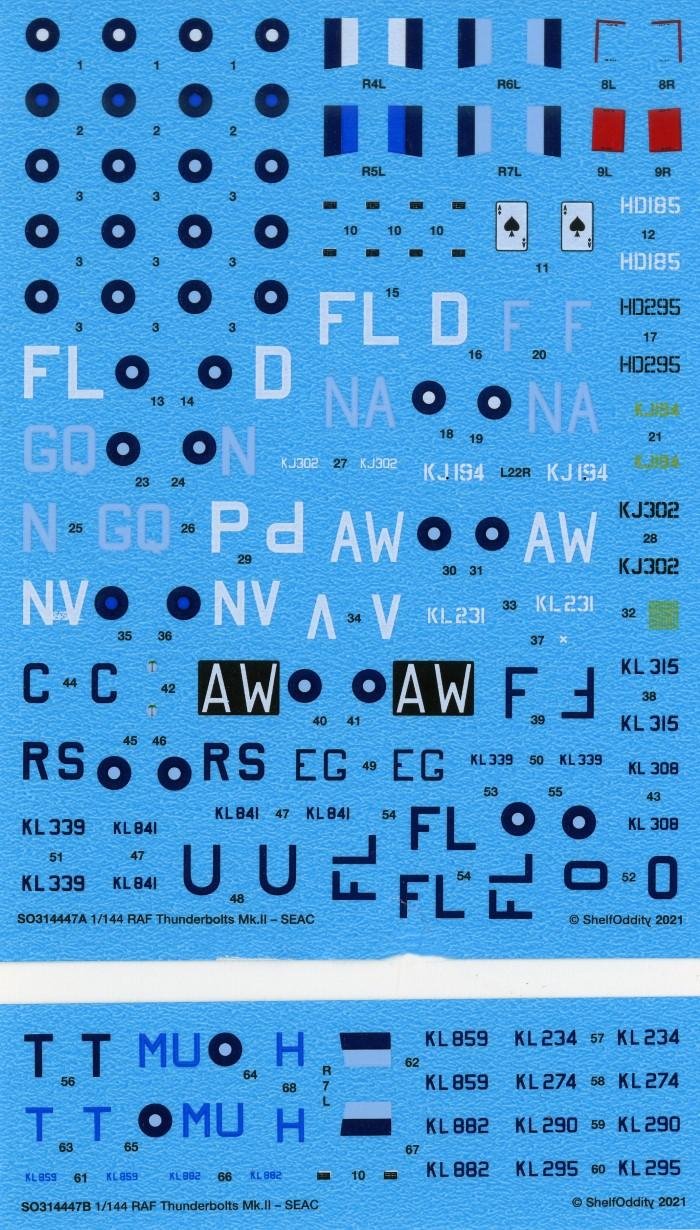 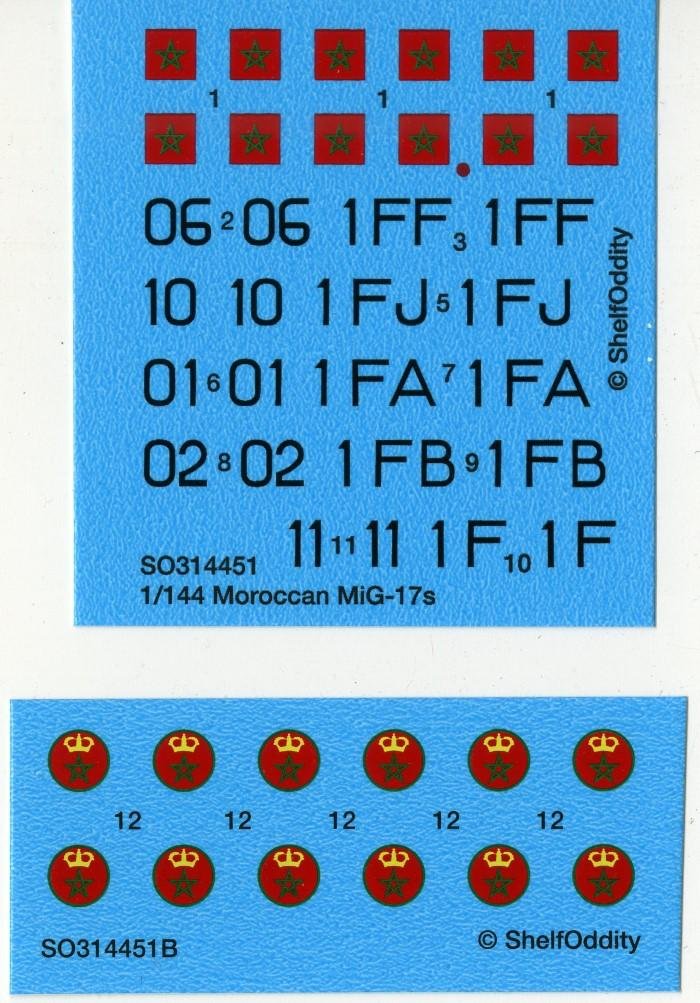 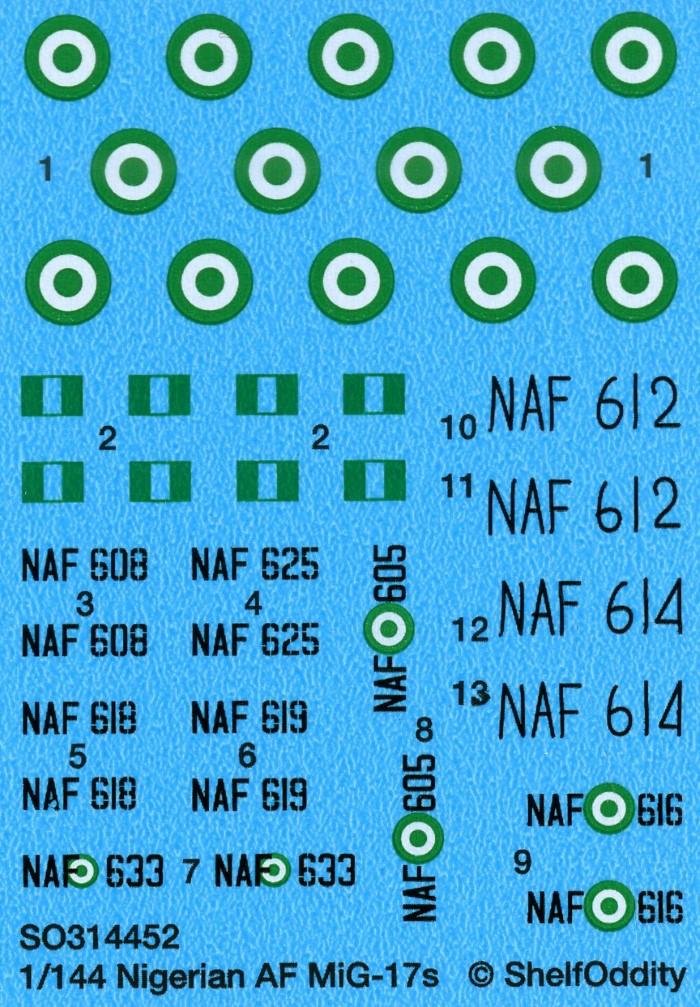 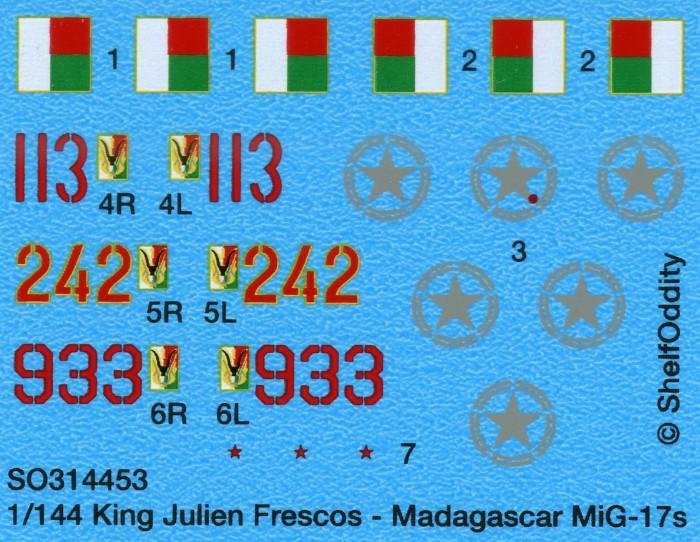 SO314453 King Julien Frescos – Madagascar MiG-17s (6 €)
Named for the amusing Ring-Tailed Lemur from the DreamWorks Madagascar film franchise, this pack allows the portrayal of three MiG-17Fs in bare metal, with the codes 113, 242 and 933 and the country’s attractive red, white and green national insignia. These airframes were acquired from North Korea and that nation’s insignia were still visible during Madagascan service, although they were faded. Thoughtfully, Shelf Oddity provides the North Korean markings too. 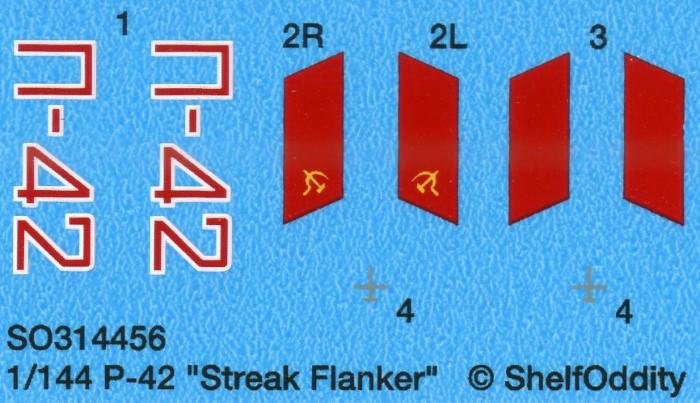 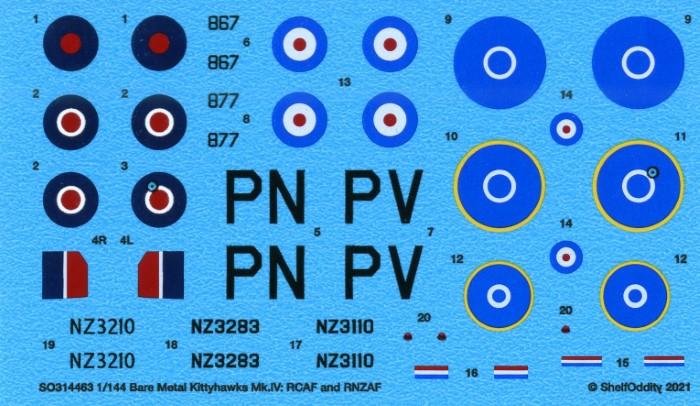 All these decals exhibit quality printing and are available direct from: www.shelfoddity.com