What is arguably the most eagerly awaited sci-fi kit in years is due in November 2021… Razor Crest from Disney+ show The Mandalorian. 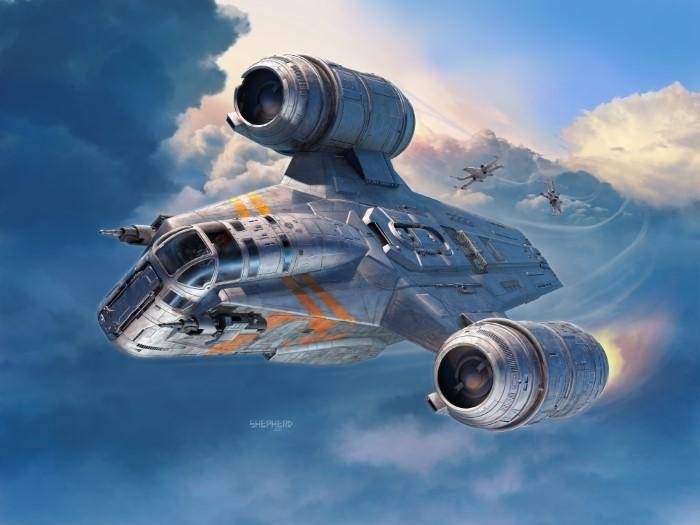 The Star Wars franchise was enlivened in 2019 with the release of The Mandalorian. It follows the travails of bounty hunter Din Djarin as he chases his prey around the Galactic Outer Rim. He is then forced to flee a pocket of Imperial forces after retrieving a being known as ‘The Child’, whose name is eventually revealed as Grogu… but universally branded ‘Baby Yoda’ by viewers and Stars Wars fans worldwide. We don’t want to explain more about the plot here though for fear of ‘spoilers’ if you haven’t seen it! 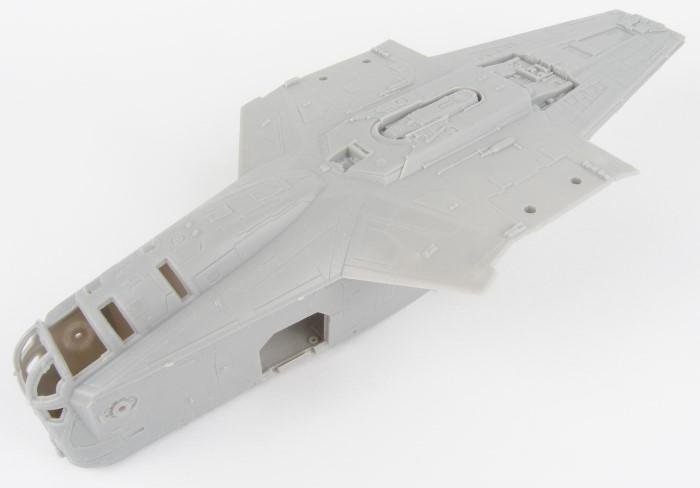 With an intended Western-genre feel, and written by Jon Favreau (who also plays Tony Stark’s chauffer Happy in the Marvel Cinematic Universe) a popular element of the two seasons so far is Djarin’s spacecraft Razor Crest. This cool-looking machine – a re-purposed ST-70 Assault Ship – endures attacks by monsters, TIE Fighters and X-Wings, and early on is resplendent in its silver finish but soon becomes weathered, battered and bruised by the end of Season 2. Razor Crest was conceived by Favreau, and its design (by Lucasfilm) leans heavily on that of the famed A-10 Thunderbolt II ‘tank-buster’ aircraft. 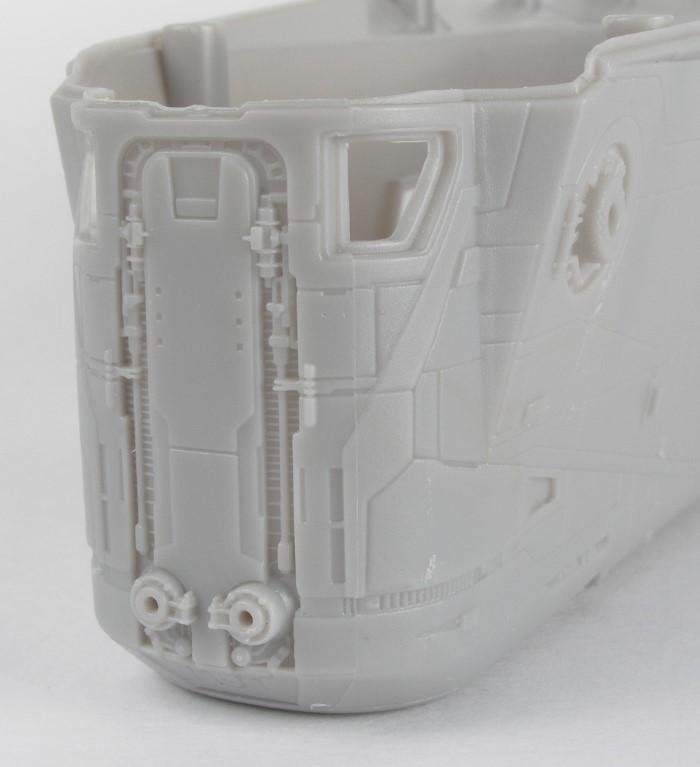 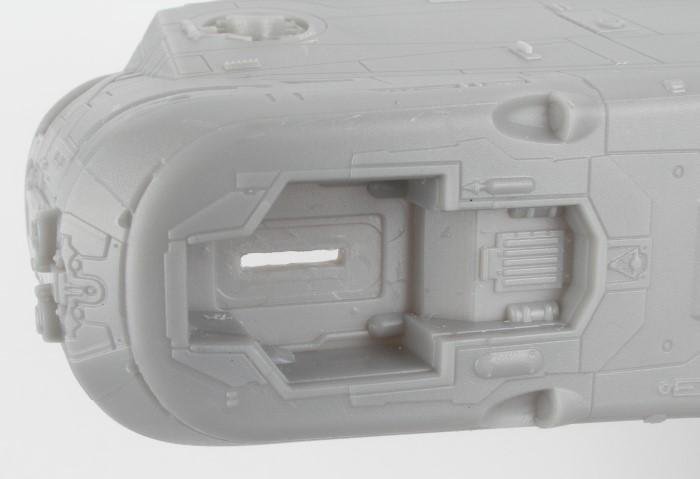 It’s been coveted by sci-fi modellers as a potential kit subject, and indeed, Bandai has released a 1/144 replica, with AMT supposedly producing a 1/72 iteration in the future. Now, though, Revell is launching its own 1/72 version in November 2021… and the test shot received by Key Model World looks fabulous.

Minus decals and instructions at time of writing, our sample comprised a 32cm-long main fuselage part, a clear parts frame and five grey styrene runners packed with highly detailed components. The model can be posed as if in flight on the provided display stand, or sitting on its faithfully reproduced landing gear. There’s also the option to have side and rear cargo ramps open to highlight the well-appointed interior – even carbonite slab clamps are included, but alas no ‘captives’. 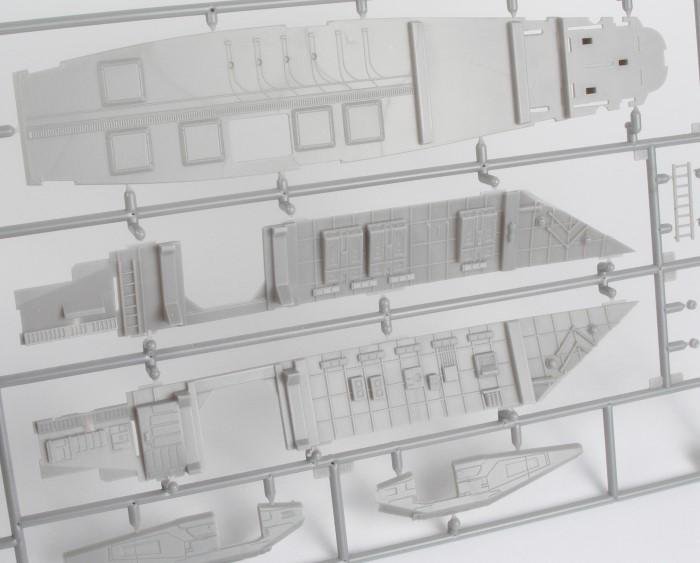 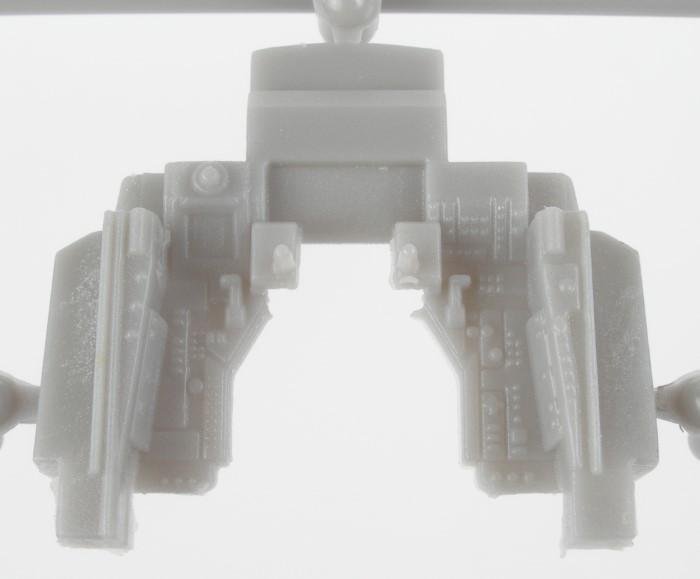 Portions of the surface feature some of what’s arguably the most delicate and refined moulding ever seen on a sci-fi kit. This is particularly noteworthy on the upper fuselage escape pod and the recessed portion to its rear, the nose (which is sublime), and the engine nacelles. Other highlights include extensive cabin interior detail, via busy floor, ceiling and sidewall parts, and convincing laser blasters. 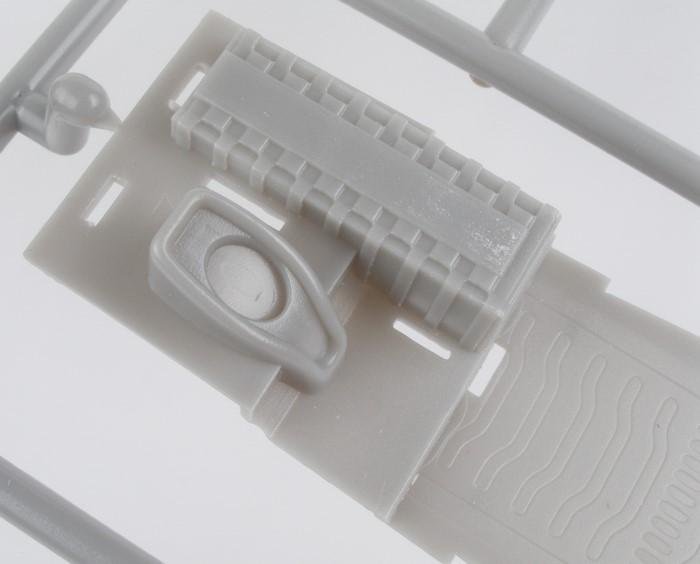 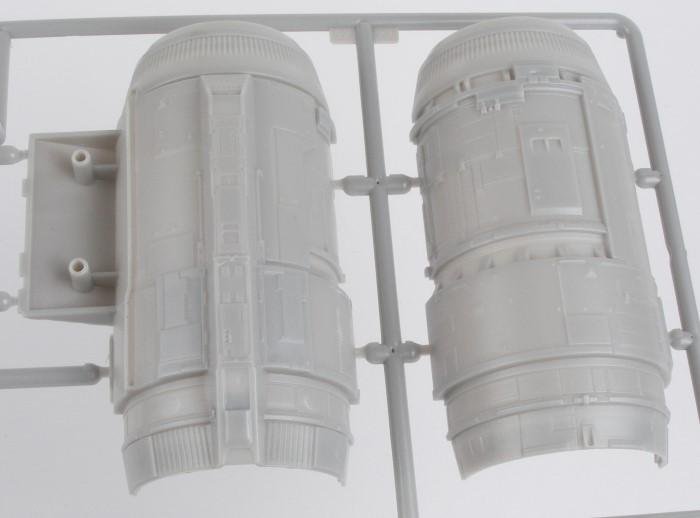 The cockpit is also impressive with its raised/engraved features, even being equipped with the control sticks that are the focus of an ongoing (and very funny) plot device, and a seated Mandalorian figure… although the helmeted head is too small in comparison to the body. It is a shame that no Grogu figure is present, but there may have been copyright issues that prevented this much-loved character’s inclusion. That minor gripe aside, Revell’s Razor Crest is a stunner and should sell like hot cakes; the 56.99 € price tag being reasonable considering it’s an all-new tooling with Disney licensing.

For further details visit: www.revell.de/en and look out for a Razor Crest full build in Airfix Model World and on Key Model World soon!

See below for more parts photos, and remember... "This is the way". 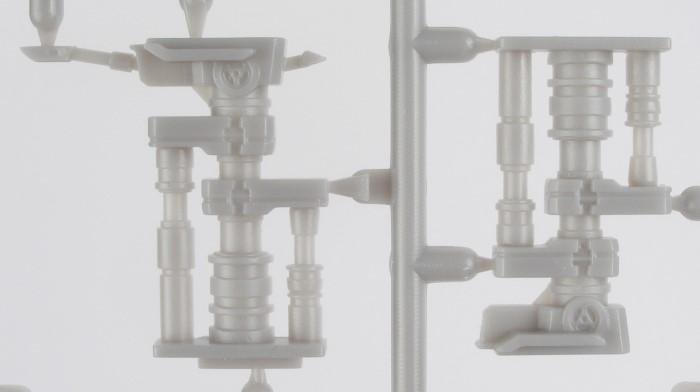 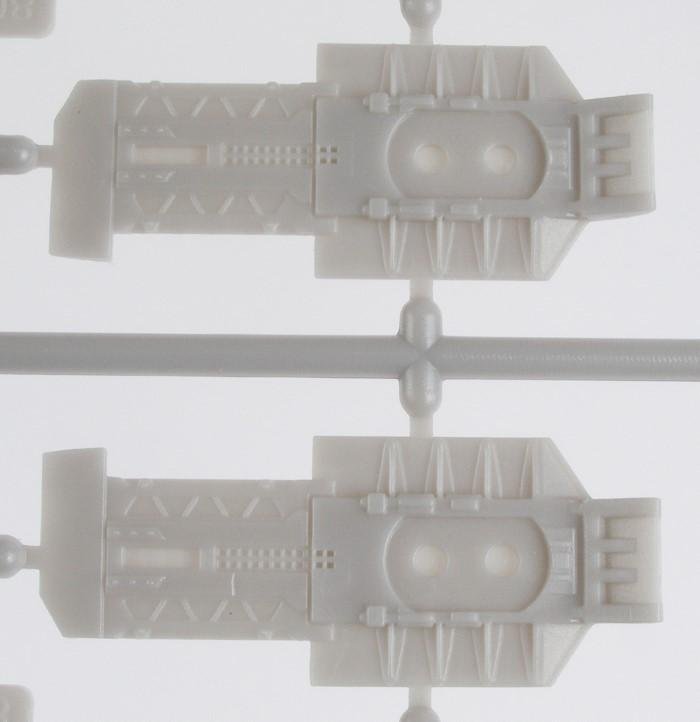 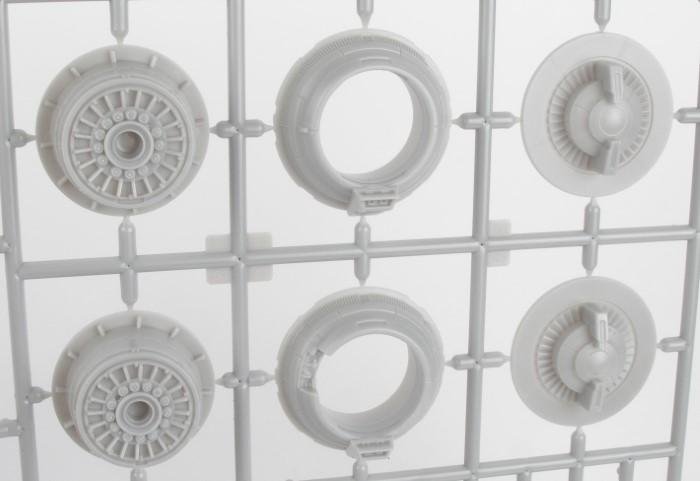