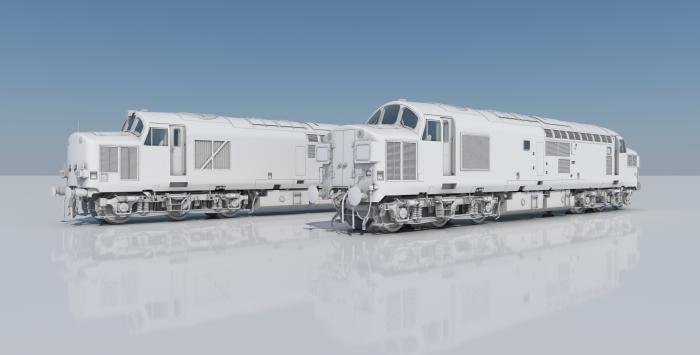 THE popular and long-lived English Electric Class 37 Co-Co diesel-electric has been announced as the next ‘OO’ gauge locomotive project by Accurascale. Its initial models will cover the original split headcode Class 37/0s and the modern era Class 37/6s which are still active on the mainline today.

In total 309 1,750hp Class 37s were built between 1960 and 1965 and they were found across the entire network with allocations to all but the Southern. The class has remained in revenue earning service for six decades with a number still in daily service with Network Rail, Colas Rail, Direct Rail Services, Europhoenix, HN Rail and West Coast Railway.

Accurascale’s model will follow in the footsteps of its rapidly advancing ‘OO’ Class 55 ‘Deltic’ and Class 92 dual voltage electric and will also model new variants which haven’t been available in ready-torun before. These include accurate models of the first five locomotives and the small fleet of 12 Class 37/6s converted for Eurostar in the early 1990s. Correct details of the as-built 37/0 will include riveted multi-part cantrail grilles, a double-riveted roof, bodyside water filler access doors and steps while the Class 37/6 will have WIPAC light clusters, number-specific body, roof and nose tooling, Class 50 style cast bogies, single or double multiple working sockets and more.

Prices are set at £169.99 for DCC ready versions and £259.99 for DCC sound fitted models. Delivery is scheduled for the fourth quarter of 2020 and a collection of nine versions are available to pre-order now through www.accurascale.co.uk.