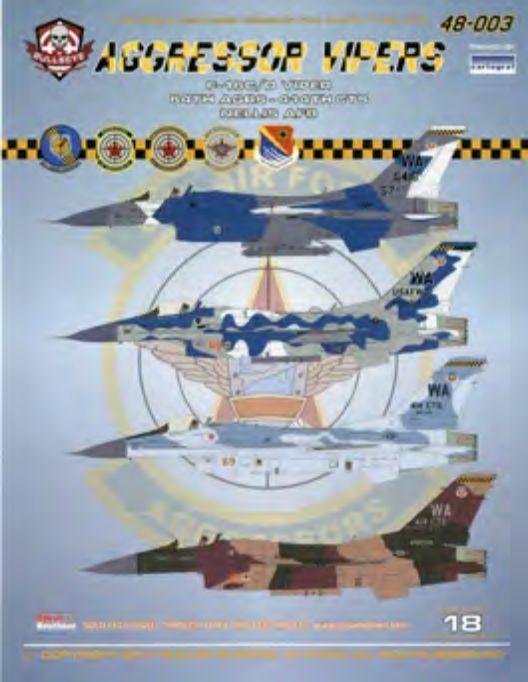 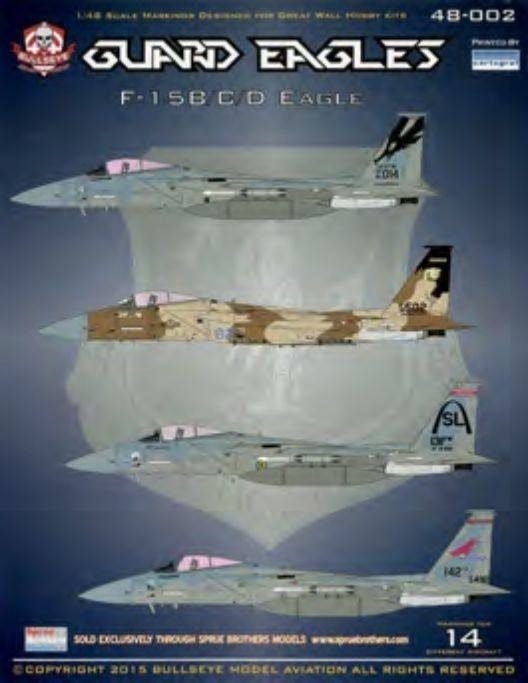 MODELLERS WHO lamented the demise of Afterburner Decals can rejoice, as two of the three partners involved have launched an entirely new range. Bullseye Model Aviation is the product name, and proprietors Scott Brown and Shawn Hull have launched four 1/48 sheets, focused on USAF and US Navy jets. As with the defunct Afterburner releases, these all benefit from meticulous research and great printing by Cartograf…but they will be available exclusively through US mail-order specialist Sprue Brothers. The four sheets are 48-001 VFA-81 Sunliners Desert Storm, which offers nine Legacy Hornets from the First Gulf War, including the MiG-killers of Nick Mongillo and Mark Fox.

Adversary F-16s are covered by 48-003 Aggressor Vipers, via a super-generous 18 schemes (all but one aircraft are C-models, the other a D), and are stunning due to the associated paintwork… Fulcrum, Sand, Flanker, Flogger, Banana, Splinter and Blizzard patterns can all be modelled. The final sheet is 48-004 Desert Storm Vipers, which provides ten F-16CGs with HL and MY tailcodes, when based in Saudi Arabia and the UAE during the First Gulf War.

Bullseye has a facebook page, but the decals themselves can be ordered via: www.spruebrothers.com