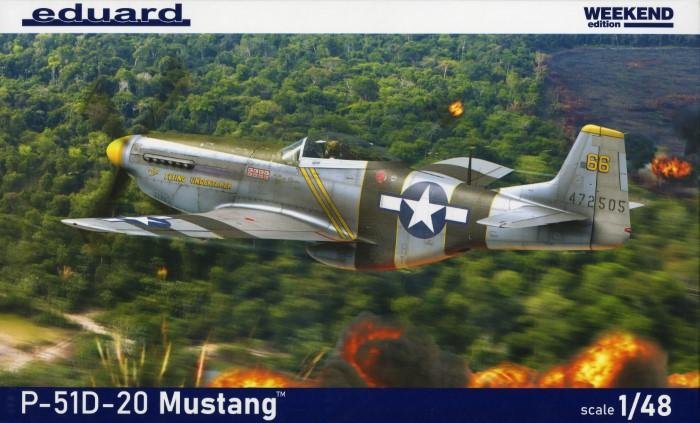 The P-51D from Eduard is a splendid offering, with the firm’s usual fine detail and exquisite moulding. This latest iteration falls into the Weekend category, so it’s a little more austere than the ProfiPACK and Limited Edition Dual Combo versions; there are no extensive photo-etched (PE) metal components and paint masks. But there are decals for four new liveries, and a very small PE fret, which carries tail antennas and two panel scribing templates. 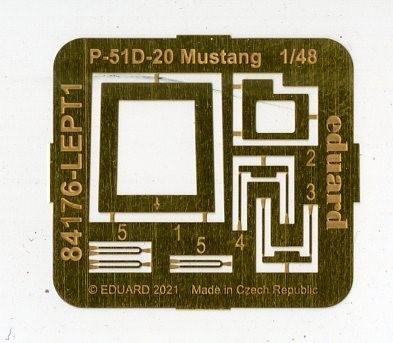 One of the aircraft that can be built has the twin radio antennas associated with Very Long Range missions in the Pacific, and three airframes are equipped with the tail-mounted AN/APS-134 tail warning radar antennas (PE parts).

On offer is the standard array of weaponry that features in all of Eduard’s 1/48 Mustangs – metal and ‘paper’ fuel tanks, 500lb bombs, .5in HVAR rockets and M10 triple-tube rocket launchers. There are also alternative exhaust stub arrangements. 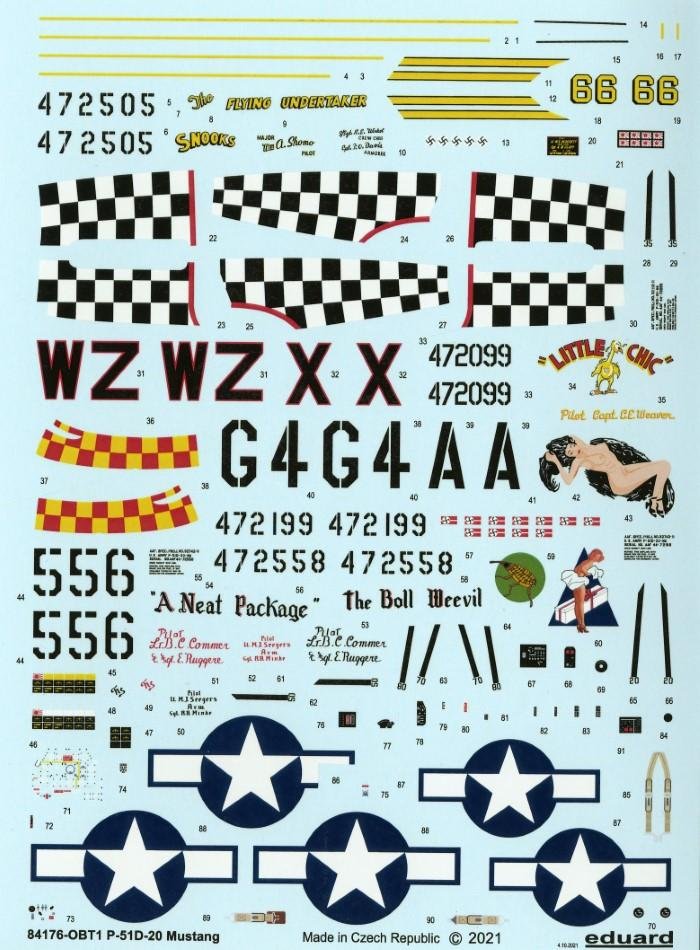 The four colour schemes are shown below, representing the European and Pacific theatres. Full stenciling is provided. At the time of writing, the kit is currently available from various Eduard stockists, but Hannants in the UK has it for £15.60 - www.hannants.co.uk 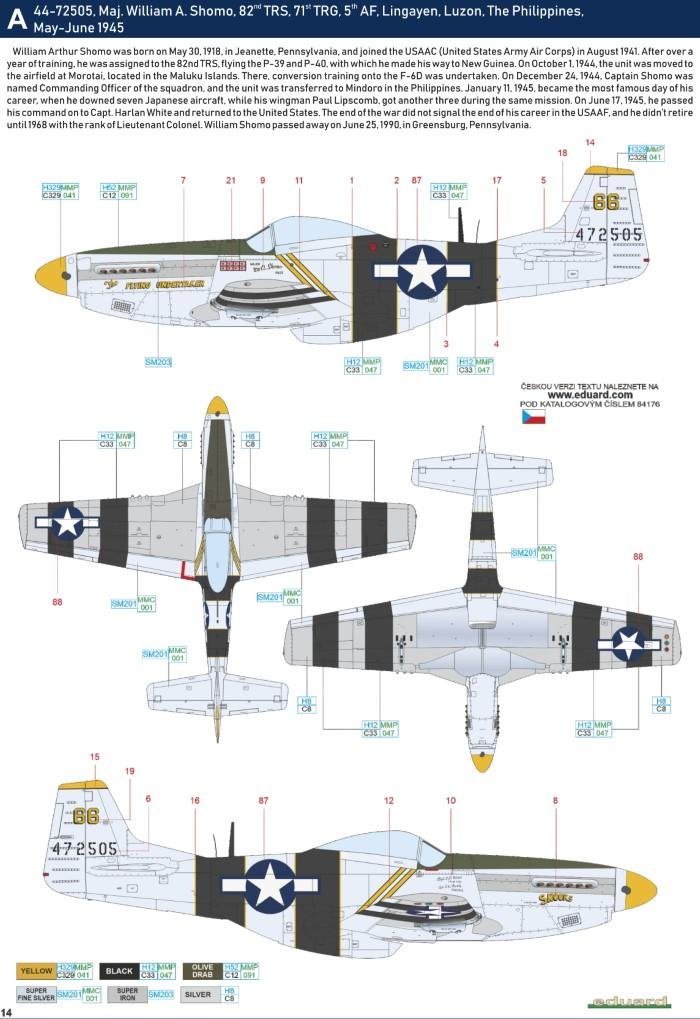 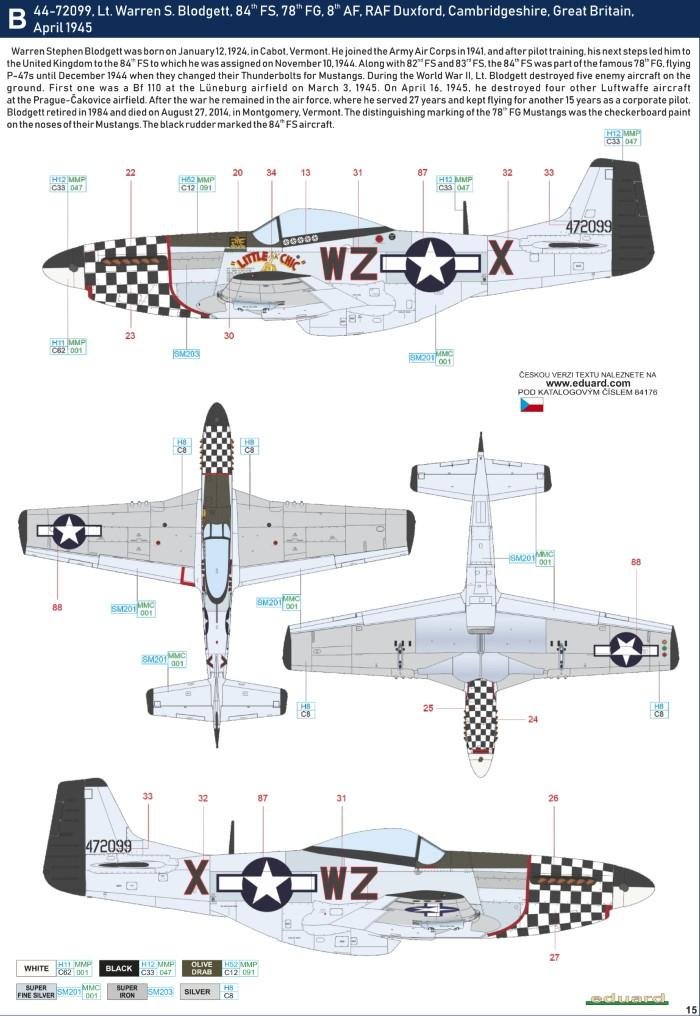 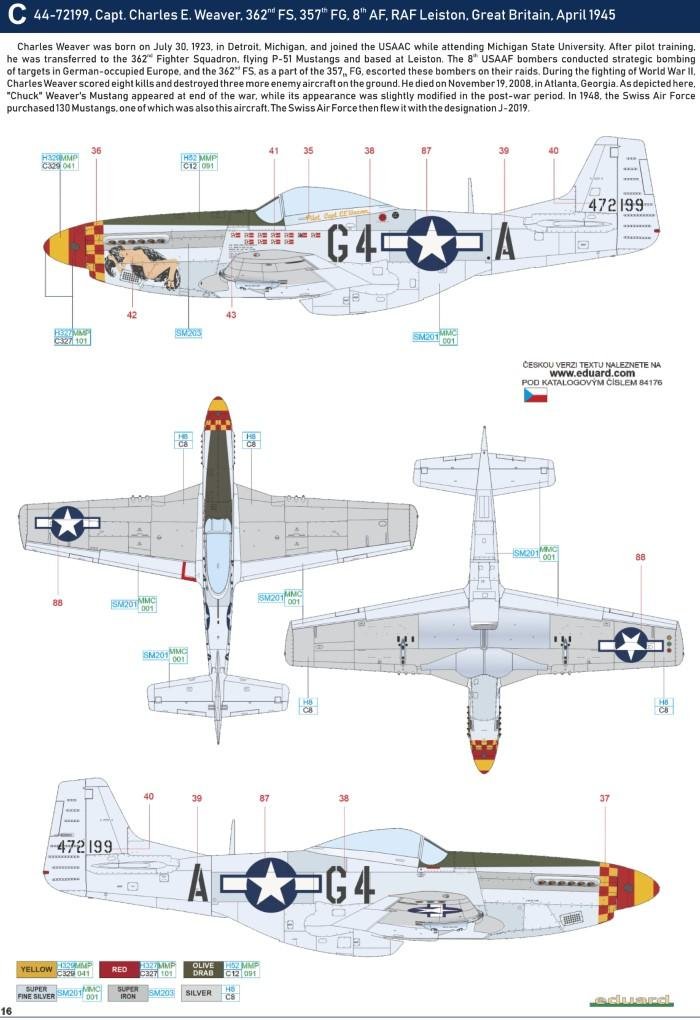 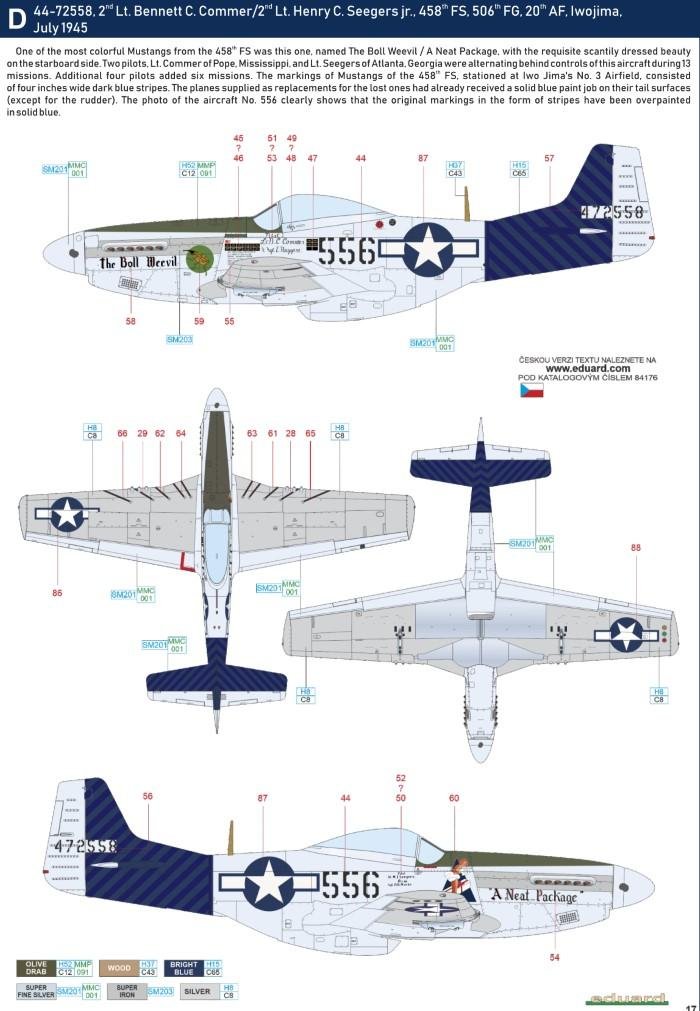