NEWARK AIR Museum has responded to COVID-19 restrictions and extreme weather conditions with work on several exhibits plus a JustGiving page to raise funds for further projects given the imminent loss of visitor revenue. 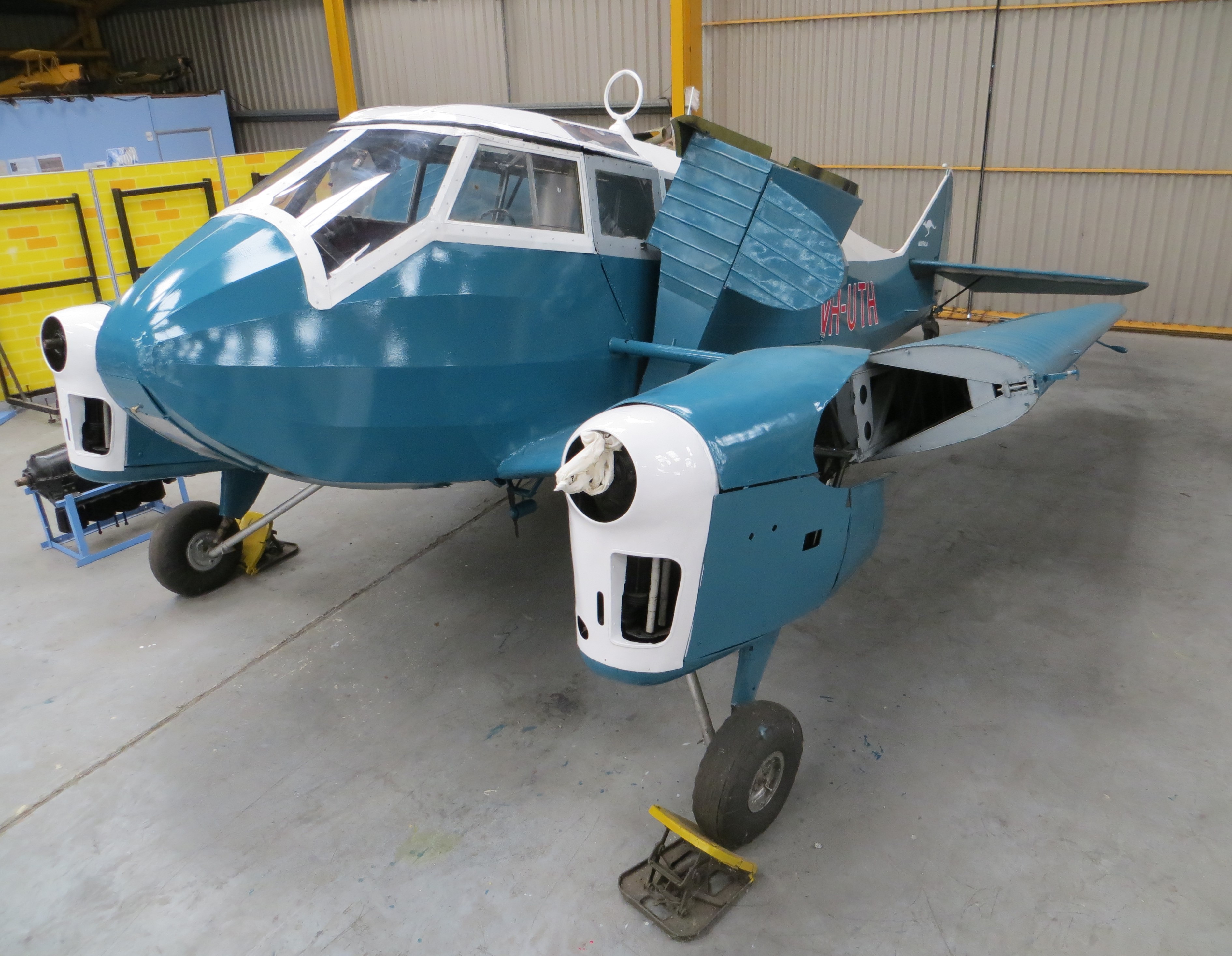 Among these efforts, the museum’s General Aircraft Monospar ST-12, VH-UTH, has been de-rigged, with its propellers removed, undercarriage deployed, and wings folded into their storage position.
Despite the enforced closure of indoor areas, volunteers have maintained a positive outlook, even when outdoor conditions were challenged by Storm Aiden. Former organiser of the annual Cockpit-Fest event, Bill O’Sullivan, continued to work on the Lockheed T-33 despite copious water around the airframe, with his ingenious means of reaching the aircraft’s wing drawing numerous comments – including a suggestion of ‘poolside’ operations. 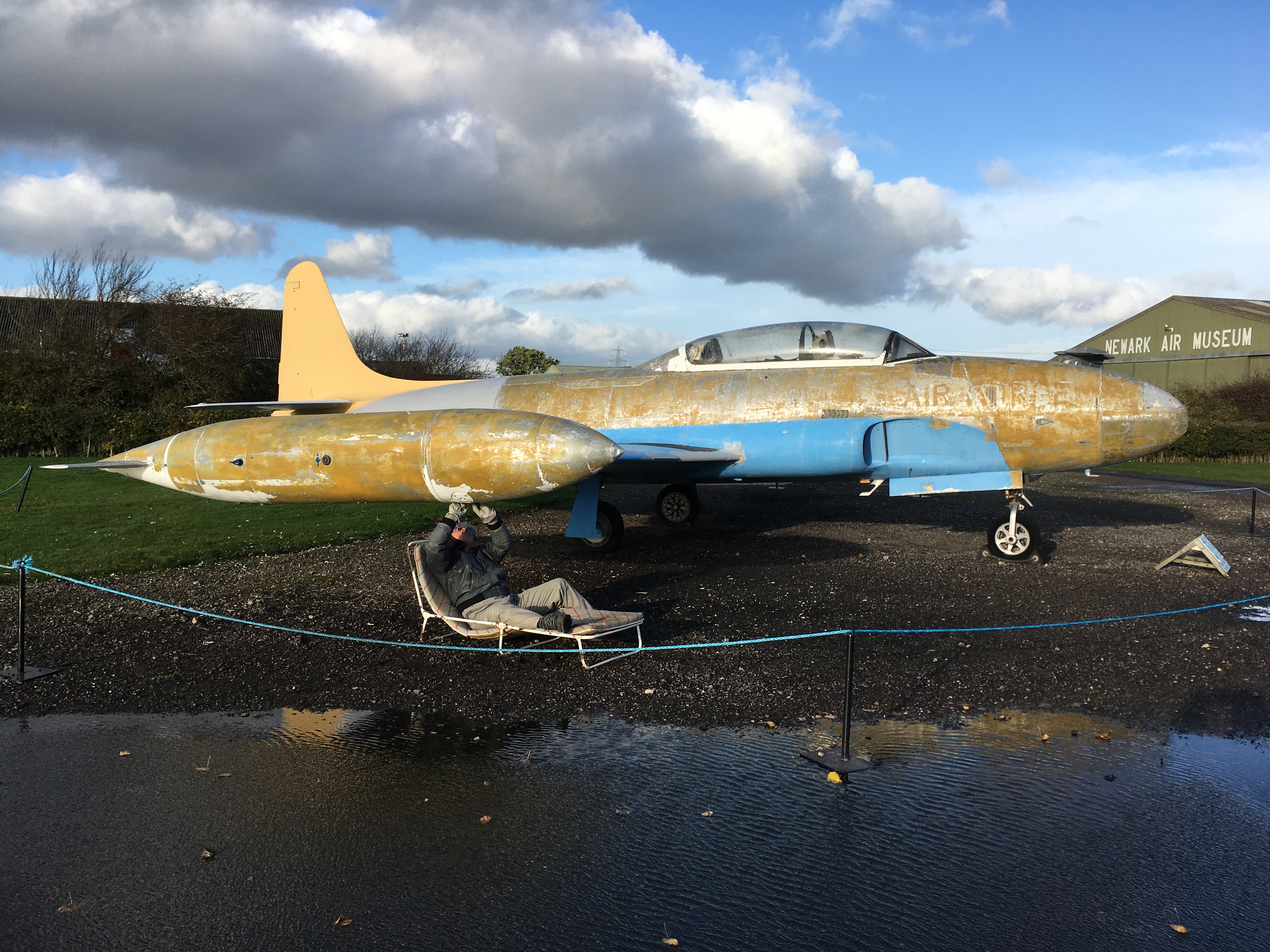 Both machines feature on the list of projects the museum is seeking funding for, with other endeavours including:
Repainting the North American F-100 Super Sabre, Gloster Meteor NF.14 and T.7, and de Havilland Dove
Applying markings to the de Havilland Heron
In-depth work on the Puma and Chinook helicopters
Repairs on the Avro Shackleton, Ashton and Handley Page Hastings
Continued restoration on the Avro Vulcan
Planned repaints for Lockheed T-33, MiG-27, English Electric Canberra T.19 and Hawker Hunter T.7

Further details can be found at: www.newarkairmuseum.org, and donations can be made at: https://justgiving.com/campaign/Newark-Air-Museum-2020-Restorations