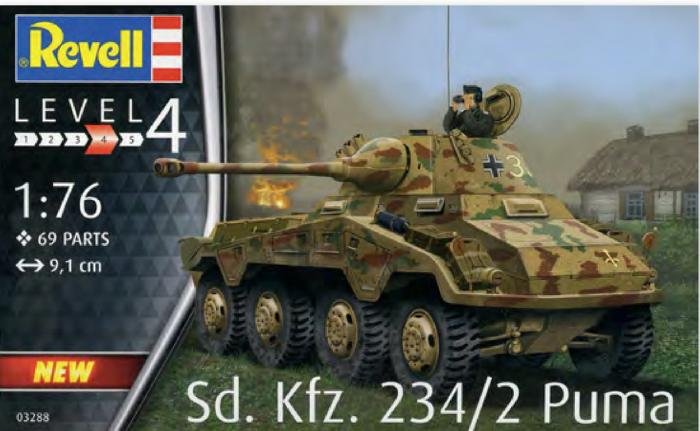 Here’s another blast from the past from Revell, as its 1/72 Sd.Kfz. 234/2 Puma armoured car is a re-boxed Matchbox kit, although the nostalgia trip is cut short when you see the two styrene runners are moulded in the same tone, rather the two-colour examples of the original 1978 release. The moulding does seem less refined than more recently tooled kits, but components appear accurate and feature engraved panel lines and raised rivet detail. A diorama base is included, featuring a section of road, a blast crater and a suitably bent lamp post. Three figures are also supplied, each wearing well-rendered uniforms. The two options are: