Cavalex Models and Ultimate Model Railways have confirmed they are working together on a newly-tooled Orenstein and Koppel PHA/JYA bogie aggregate box wagon for ‘OO’.

Built in the late 1980s by Orenstein and Koppel (O&K), 61 of these bogie box wagons were introduced for use on Foster Yeoman aggregate traffic from the company’s upgraded Torr Works quarry in Somerset.

Designed to deliver the maximum payload in the shortest possible train length, the PHA box wagons were similar in length to Foster Yeoman’s existing PTA wagons at the time. They featured a new style of bogie – O&K 25-100 – and were restricted to a maximum speed of 45mph when fully loaded.

As with the existing PTA wagons in the fleet, these new box wagons featured inner and outer versions – the latter featuring buffers and traditional draw gear at one end – and were intended to operate in ten wagon sets, although this could vary greatly.

They were redesignated to TOPS code JYA in 1990, which they have carried since. 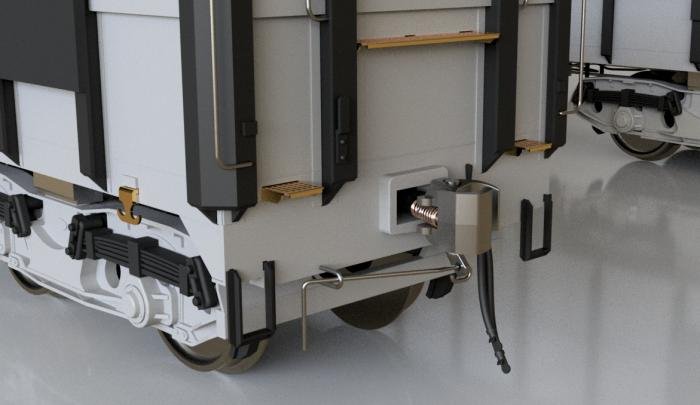 Development work is already at an advanced state, with the project currently at the tooling stage. Three liveries are planned covering original and revised Foster Yeoman livery, as well as unbranded grey, although individual running numbers and pack details have yet to be confirmed.

Priced at £49.99 each, the wagons will be available exclusively from Ultimate Model Railways. Release is anticipated in late 2023.