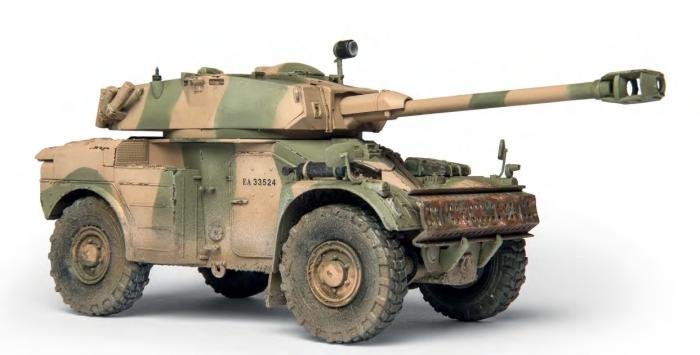 The tyres were made from rubber and featured fine detail on the tread and sides, with manufacturer’s logos clearly visible. 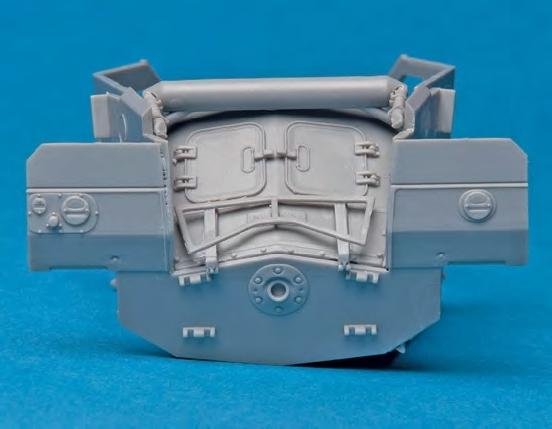 The vehicle rear included plenty of crisply moulded features, such as hatches, logos and light housings; stowage racks were separate.

Panhard’s AML (Auto Mitrailleuse Legere) was a light armoured car series that entered service with the French Army in 1960. Designed on a small 4 x 4 chassis, it was fast, relatively cheap and weighed just 5.5 tons.