Czech firm Plus Model has released two 1/72 boxings of the Martin T4M US Navy biplane… one on traditional undercarriage, the other on floats. 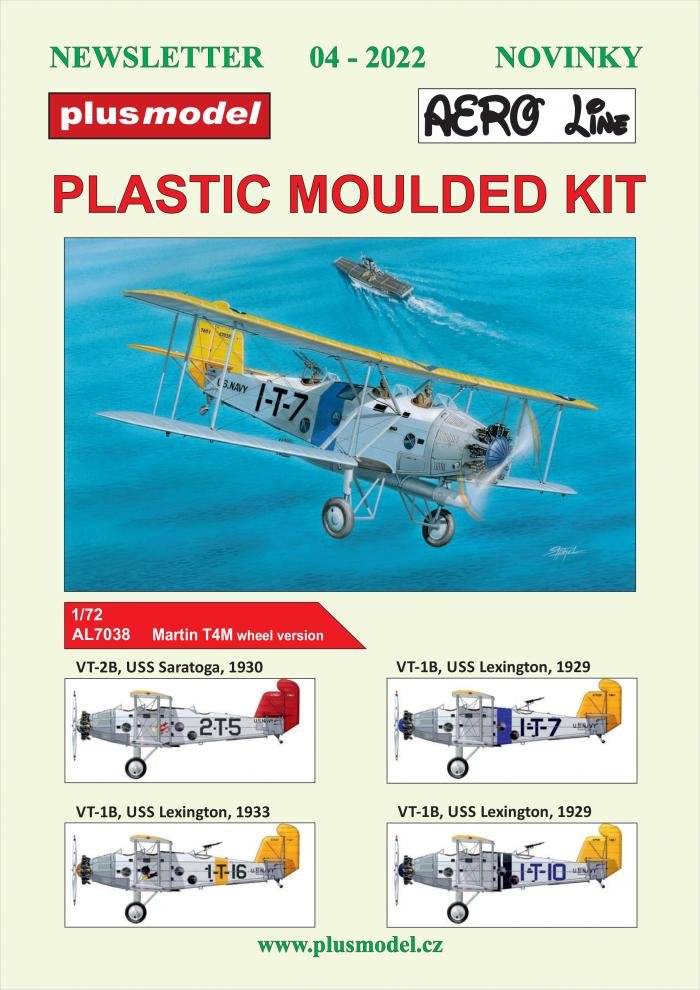 US aircraft manufacturer Martin had found some success with its Model 73 T3M-1/-2 torpedo, bomber and scout aircraft. However, it was felt that improvements could be made and the result was the Model 74 T4M, first flight-tested in 1927. More than 100 production airframes were duly built.

Plus Model, usually renowned for its military and civilian diorama products, vehicles and figures, has now taken the plunge with an all-new styrene kit of the T4M, providing two boxings with different markings. Item AL7038 is the wheeled version, with markings for aircraft operating in 1929, 1930 and 1933, while AL7072 portrays the machine on floats, and has markings for T4Ms flown in 1928, 1930 and 1931. Each kit costs 29.40€ direct from the manufacturer, but they will also be available from Hannants in the UK.

Look out for a review at Key Model World soon! 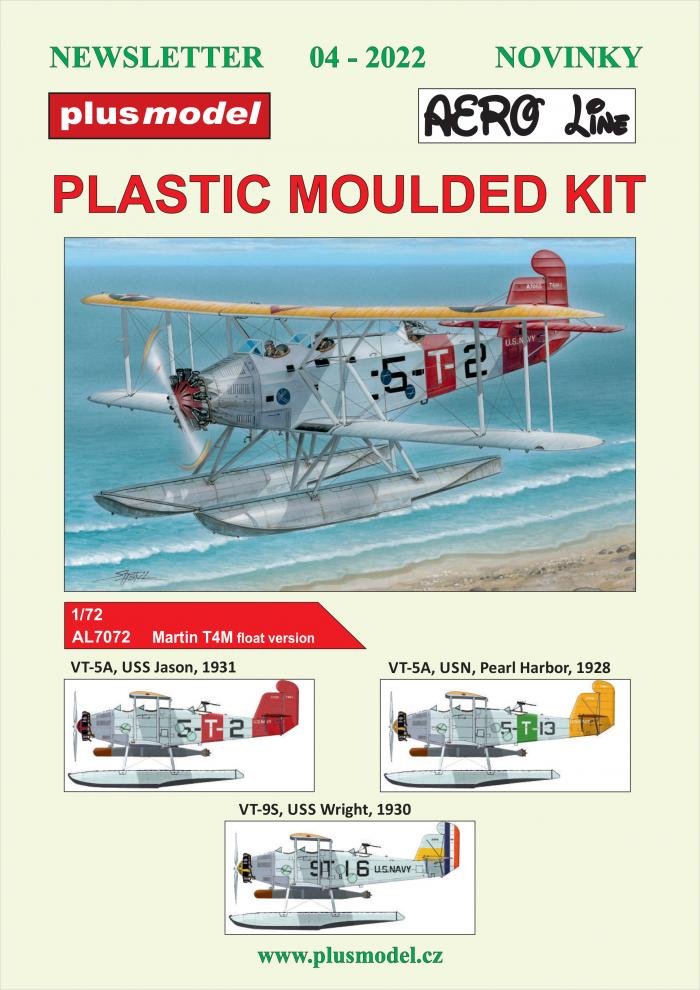