ON WHEELS AND FLOATS: PLUS MODEL’S NEW MARTIN BIPLANE

The Czech manufacturer has made a creditable job of its first full styrene aircraft kit, in the shape of a 1/72 Martin T4M in two separate versions. 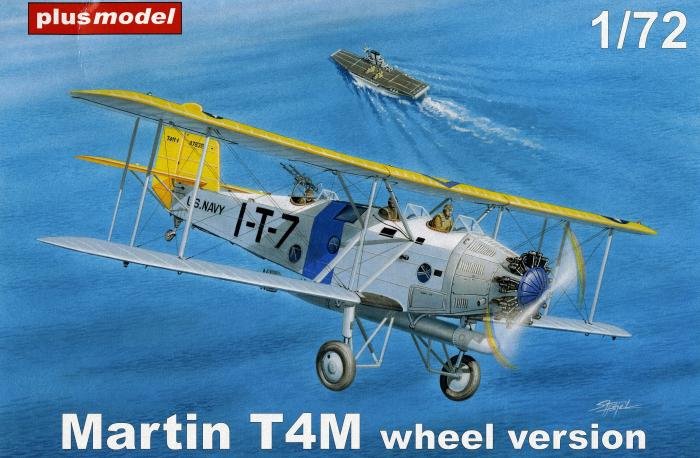 I must admit that when I first learnt of Plus Model’s new Martin T4M kits, I didn’t recognise the type… but it appeals to me greatly on two levels, and the reasoning will apply to many other modellers too. Firstly, it’s always pleasing to have a new kit depicting a waterborne aircraft. However, it’s also a great opportunity to build a fresh example of a US Navy aircraft from the 1920s-30s, as they usually ooze character – much like their British ‘silver period’ counterparts. Previously, the T4M in 1/72 has only been produced in resin by Ardpol, in 2005, and in vacform/white metal format by Esoteric Models in 1987 (save for the Comet 1/35 example in 1935!).