If you’re making an aircraft diorama or vignette and want to breathe extra life into it, pilot figures are the ideal way to go… but they need to be good. PlusModel is certainly on the track with its two recent examples, crisply cast in resin.

Dubbed ‘Pilot FW 190’ (AL4097), the 1/32 figure is fine for use with most Luftwaffe fighters in this scale, and strikes a confident pose. He stands with legs astride, hands in the pockets of his breech-style trousers, and wears the classic high boots, with a bandolier of flares strapped around his right calf over the boot.

That well-known trademark of Luftwaffe fighter pilots, the closely tailored leather jacket, is rendered well here, this garment having a high fur collar instead of the more familiar summertime collar, which was usually smaller and plain. Delicate zip and seam detail make the jacket more lifelike, the shirt collar is visible and the facial features are strong and well defined. All this is topped off by a properly worn in officer’s peaked cap, befitting of a war-weary ‘Experten’. 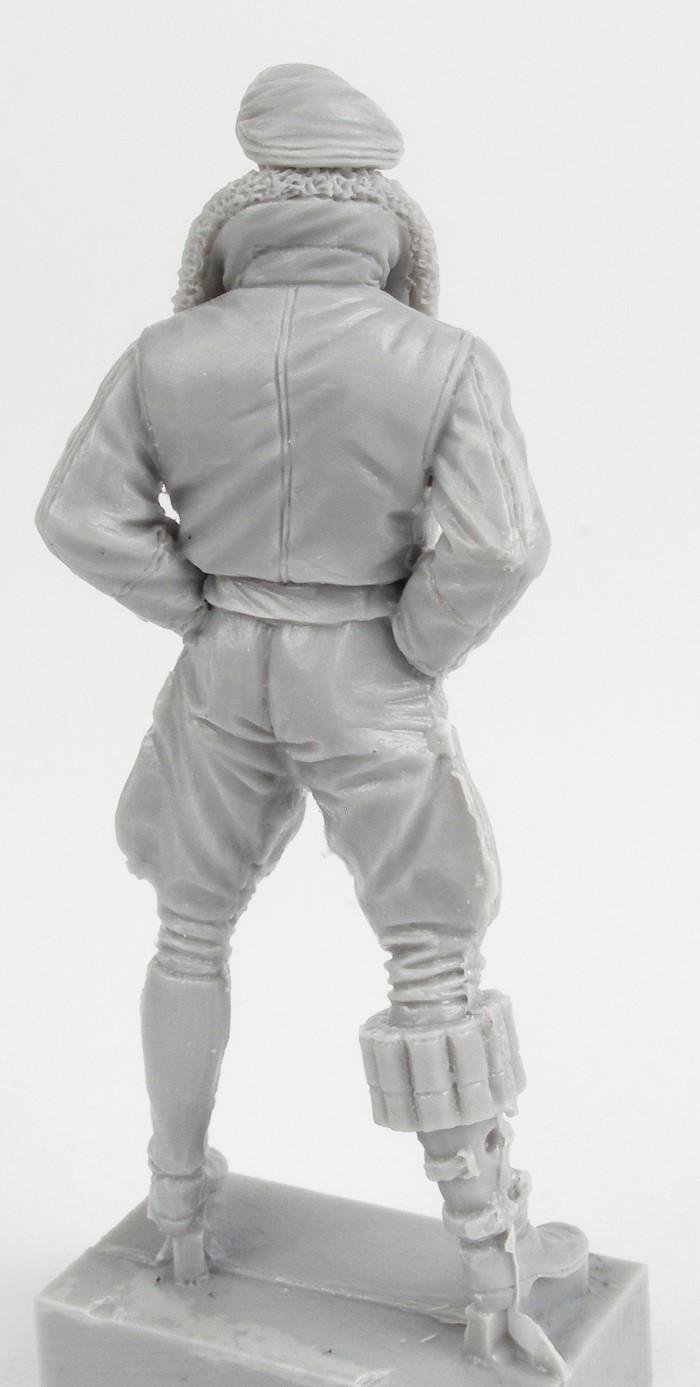 A holstered pistol is cast as a separate item, to be fastened to the outside of the pilot’s right-hand boot (retaining straps are already cast in situ on said boot). Note that there are sporadic casting seams that need to be neatened, though. This figure costs 16.82€.

His opposition, albeit in a smaller scale, lies in the 1/48 item AL4097 ‘Pilot Hurricane’, costing 9.56€. This one-piece figure, in reality, would suffice for a Spitfire build too, because the clothing was standard. He wears the classic RAF blue uniform, the so-called Mae West life jacket, a silk scarf and leather flying helmet with goggles raised. Small details, such as the radio connector lead, unfastened helmet strap, and under-groin straps for the Mae West make all the difference.

The footwear is the renowned 1936 high flying boot, with zip fronts. It’s highly impressive how so much detail is packed into a figure of this scale, and it demands careful painting. Both items come with colour illustrations to guide painting, but plenty of reference lies in the many books about World War Two fighter pilots on the market.

Both figures are available direct from the manufacturer: www.plusmodel.