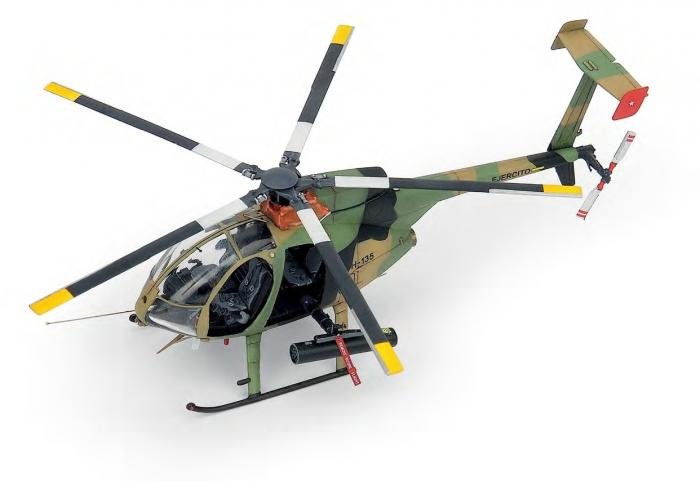 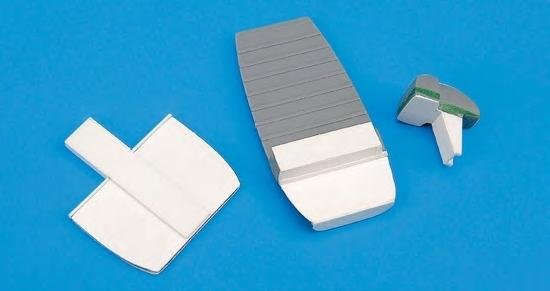 The work on the kit started, as usual, with the interior, although the parts were quite simple with rough surfaces and incorrect shapes. The cockpit floor needed to be shortened, the moulded central console removed and everything re-formed using styrene sheet. 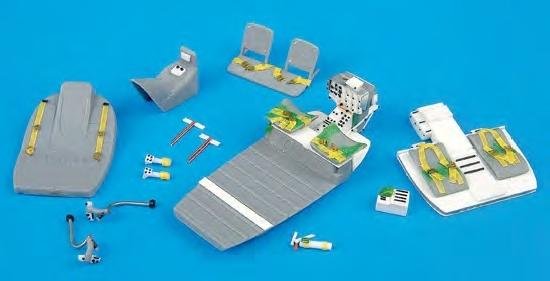 With the interior corrected it was time spice up the detail. Cyclic sticks were reworked with electrical wire and styrene – just the kit handles remained – while the collectives were scratch-built. Seatbelts were fashioned from Tamiya tape, with photo-etched (PE) brass buckles from an old Reheat set; new foot pedals and a fire extinguisher added a final touch.

Hughes’ 500/MD-500 lightweight helicopter began as a response to US Army requirements for a Light Observation Helicopter (LOH). Its Model 369 won the competition against Bell and Hiller, with the successful design designated OH-6 and receiving the name Cayuse, in keeping with the US Army’s policy of naming helicopters after Native American tribes. It first flew in 1963.