Want to break away from the limitations of ready-to-run rolling stock and create something original? TIM SHACKLETON uses simple cross-kitting to create bespoke models of a distinctive prototype. 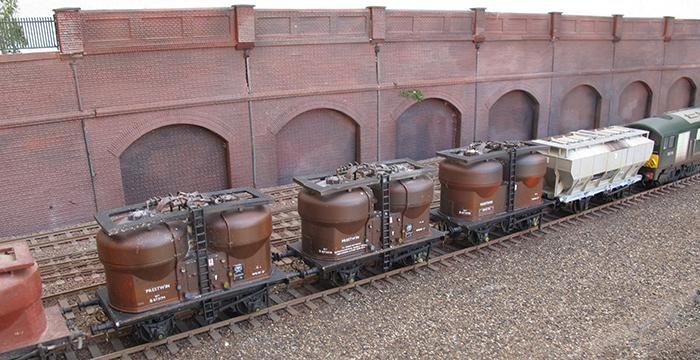 Above: On the earlier design, the twin silos were mounted on top of the chassis, as seen here, whereas with the later variant (extreme left) the centre of gravity was lowered by mounting them between the frames. They were a familiar sight on the West Coast Main Line until the early 1980s, working to and from the Cumbrian coast with chemical traffic.

BUILDING YOUR OWN rolling stock can be very pleasurable, though the process inevitably involves an element of trial and error for the uninitiated. In the April 2022 issue of Hornby Magazine (HM178) here, we considered using different modelling media to produce a bespoke ‘kit’ of a diesel brake tender.