Edinburgh and Lothians Miniature Railway Club set out to recreate the atmosphere of Ormiston station in Scotland in their latest ‘O’ gauge layout, as JEREMY CHRISTIE describes. 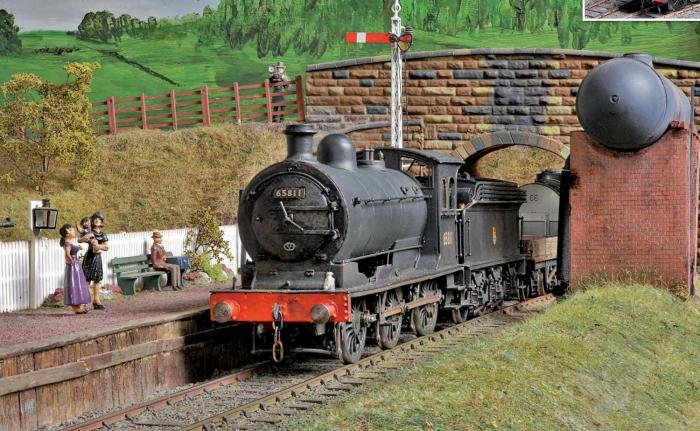 2 Worsdell ‘J27’ 0-6-0 65811 passes under Puddle Bridge road and into the station with a trip goods that will eventually deliver wagons to one of the marshalling yards in the Edinburgh area. In the period depicted by the model Edinburgh had a number of small marshalling yards. These were replaced in 1962 by a large modern yard at Millerhill.
PHOTOGRAPHY, MIKE BISSET. 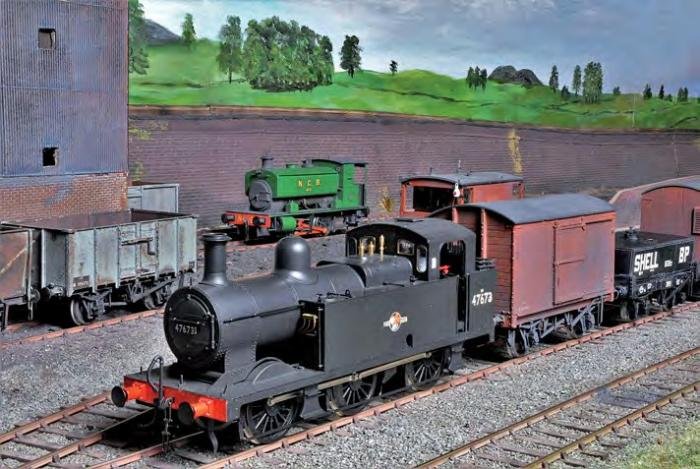 1 A British Railways ‘Jinty’ shunts Puddle Bridge goods yard while in the background Andrew Barclay 0-4-0ST N.C.B. No.6 shunts the colliery sidings. The ‘Jinty’ is one of the few ready-to-run locomotives which operates on the layout.

PUDDLE BRIDGE is based on Ormiston, a station on the former Macmerry branch in East Lothian, Scotland. The branch opened in 1868 and from 1901 Ormiston was the junction for the Gifford and Garvald Light Railway, which never reached Garvald only being built as far as Gifford. The passenger services ended in 1933, but the line remained open for goods and to serve a number of collieries. The Macmerry line closed beyond Ormiston in 1960 and in 1965 the whole line closed. For a number of years Ormiston Station Colliery stood adjacent to the station and whilst in reality it closed around 1905, we have allowed it to survive into the British Railways era. Ordnance Survey maps show that there was a narrow gauge tramway connecting to Cockum Colliery and this is represented by a short ‘O16.5’ gauge line at the back of the layout.