The iconic Subaru Impreza 555, of the type that gave Colin McRae his 1995 world title. 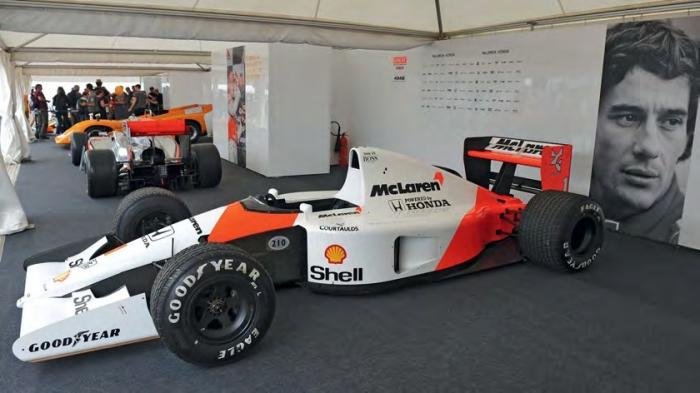 Ayrton Senna’s 1991 McLaren Honda MP4-6 was on hand to wow the crowds…both up close in the paddock and on the hill.

Peaks of Performance: Motorsport’s Game- Changers was the theme for the 2017 Goodwood Festival of Speed (GFOS) in West Sussex, on the final weekend of June. It was a live celebration of machines too powerful, dominant, dangerous, and sometimes too clever for the good of the sport; and the creative geniuses and people who drove them to great effect. The immense (Gerry Judah-designed) sculpture, which annually provides a focal point on the lawn in front of Lord March’s home, commemorated the ‘Five Ages of Bernie Ecclestone’ as a driver, manager, team owner, impresario and legend. 2017 has been epic, with the 70th Anniversary of Ferrari enough to warm the ‘rosso corsa’ blood of any ‘Tifosi’, and acknowledgement of 1967’s Cosworth DFV engine, which powered 12 F1 drivers’ titles and ten for constructors between 1968 and 1982.