Built by Brown, Boveri and Cie in Switzerland, the prototype gas turbine-electric locomotive was originally ordered by the Great Western Railway, but following delays was delivered to British Railways in 1949. 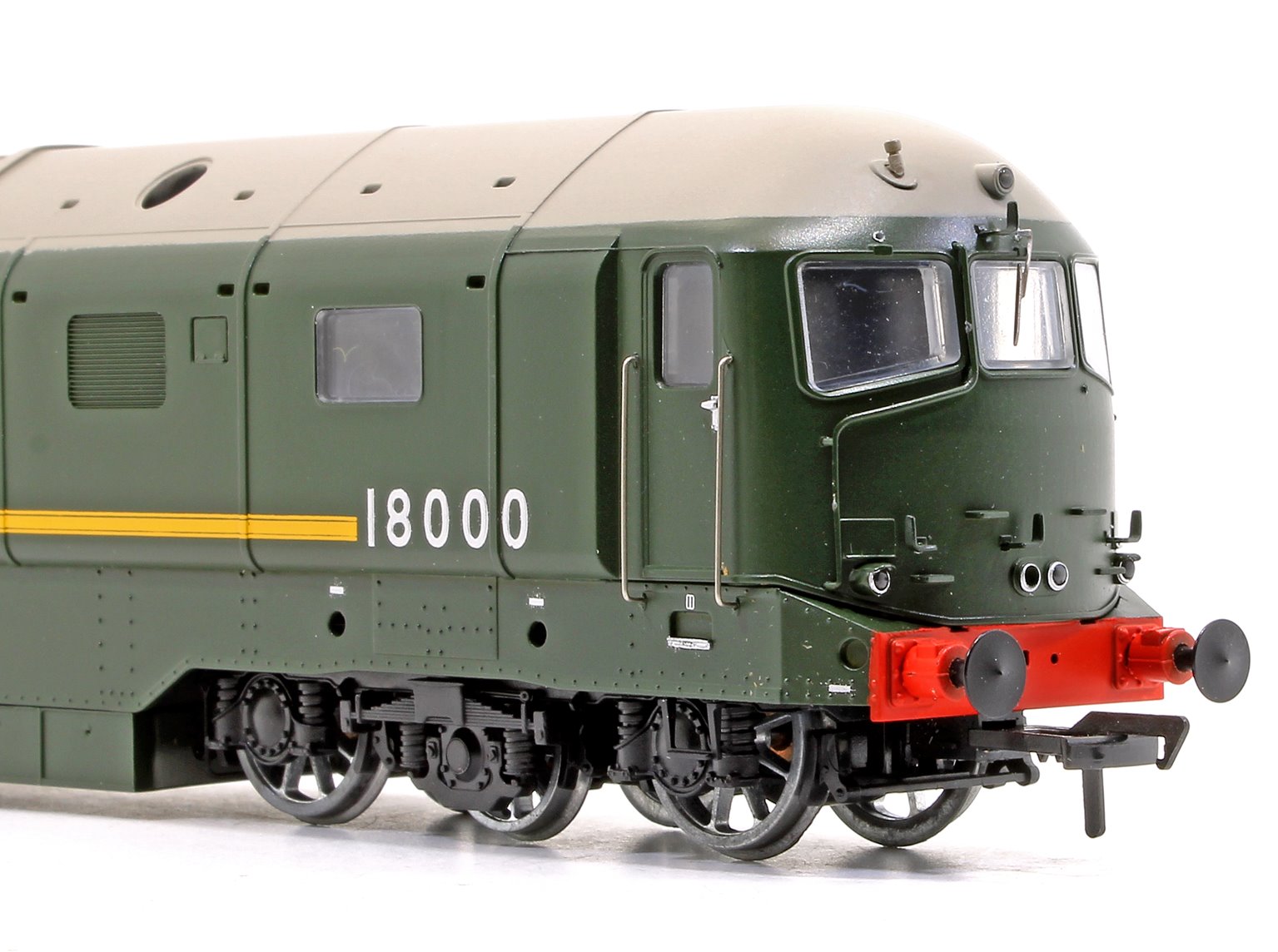 Three models of 18000 are planned to represent various stages of its career in BR gloss black with silver trim and early crests (Cat No. 1800), BR green with early crests (1801) and, as per the pre-production sample, BR green with late crests (1802). Following amendments to a few minor elements, the model is expected to progress to the next stage of the process shortly.