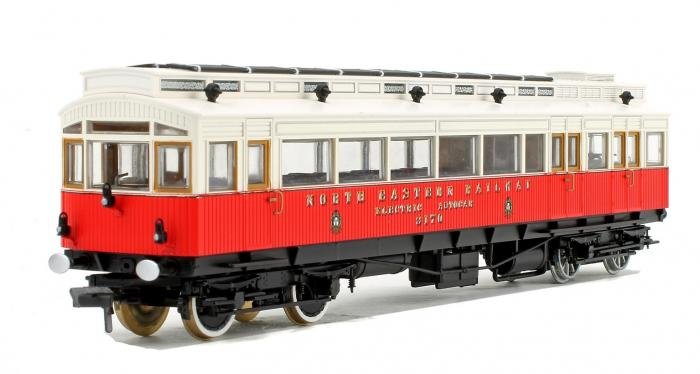 Rails of Sheffield has received the first decorated sample of its new 'OO' gauge model of the North Eastern Railway petrol-electric Autocar for inspection. The all-new model is being produced for Rails by Heljan and release is currently anticipated in late 2020.

The first sample to arrive shows the Autocar in North Eastern Railway red and cream, as carried by the railcar between 1904 and 1923 (Cat No. RL3171). It will be joined by models of 3171 in the same colour scheme (RL3172) and 3170 in LNER brown, as it was between 1923 and 1931 (RL3173). Prices are set at £199.95 per vehicle while features include directional lighting, a Next18 DCC decoder socket and turned metal wheels. Rails also notes that the decorated sample has unplated wheels which will be corrected for the production models.

One of the two Autocars has survived into preservation. It has been restored by Stephen Middleton after being found in use as a holiday home in North Yorkshire. Stephen bought the railcar body in 2003 and has restored it to full running order. It made its debut in 2018.