THE 70th ANNIVERSARY of construction of the Swiss-built Brown Boveri gas turbine 18000 is being marked with announcement of the first ever ready-to-run model of the pioneering locomotive for ‘OO’ gauge by Rails of Sheffield.

The gas turbine was completed by Brown Boveri and SLM in November 1949 and entered service with British Railway’s Western Region the same year in BR black with early crests on the body side. It later carried BR lined green livery before withdrawal in 1960 after which it returned to mainland Europe for use in experiments in Switzerland and Austria. It returned to the UK in the early 1990s and is now on display at Didcot Railway Centre. 18000 is owned by the Pete Waterman Trust.

Rails’ new model has been developed with assistance from the National Railway Museum including original documents and drawings from the late 1940s. CAD drawing work is already complete with the aim of revealing first engineering samples in early 2020. Release is expected before the end of 2020 with prices set at £199.99 per locomotive. Models can be reserved with a £30 deposit and Rails will be offering 18000 in three colour schemes: BR black with silver trim suitable for 1949-1956 (Cat No. 1800), BR lined green with early crests suitable for 1956-1957 (1801) and BR lined green with late crests modelling the locomotive in 1957-1960 condition (1802). 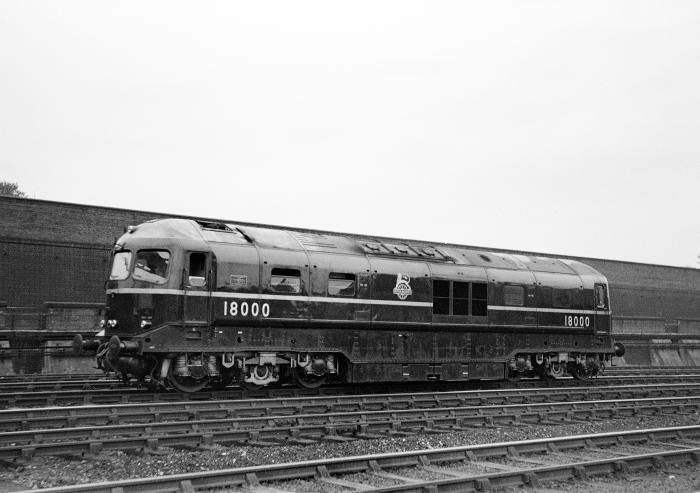 Unique Brown Boveri Gas Turbine 18000 is being produced for ‘OO’ gauge by Rails of Sheffield. In 1952 it is captured on the main line near Old Oak Common.
John Day Collection/Railphotoprints.uk. 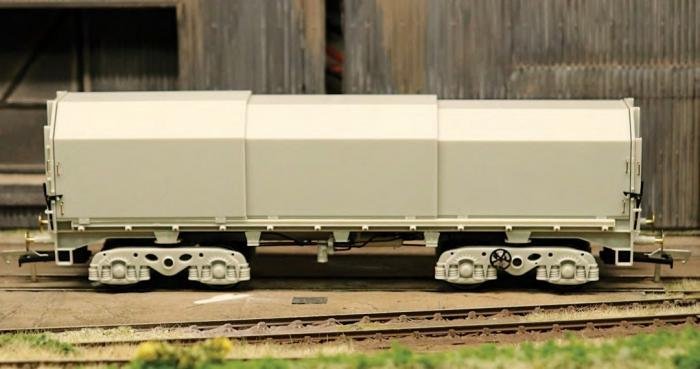 The first engineering samples of the JSA hooded and open steel coil carriers for ‘OO’ gauge have been received by Accurascale for inspection.

The fleet of 56 wagons was built for British Steel by Marcroft Engineering in 1996 and could be found on steel traffic from Llanwern and Port Talbot as well as Enterprise diagrams from Scunthorpe and Sheerness. The hoods were removed from 2018 by Arlington Fleet Services with these wagons being used on services from Margam to Llanwern and Corby.

Nuclear and coal wagons next from Revolution 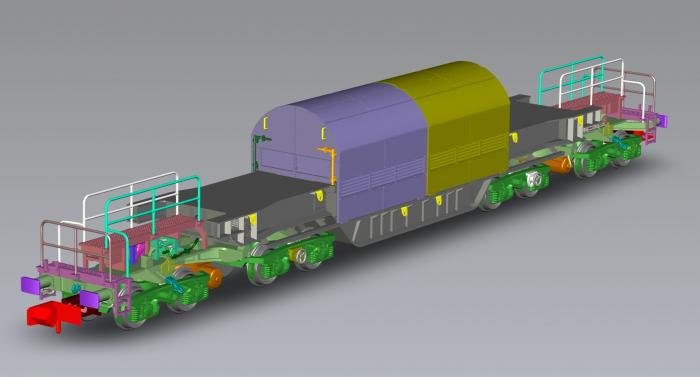 Revolution Trains is planning to create ‘N’ gauge ready-to-run models of the KUA four-bogie 150ton nuclear flask wagon as well as the PFA four-wheel container flat which has been used to transport coal, gypsum and low-level nuclear waste.

Bombardier/Prorail of Wakefield built the KUA wagons in 1998 and they operate from bases at Devonport and Rosyth to Sellafield transporting spent nuclear fuel from submarines for disposal.

The wagons work with Direct Rail Services courier coaches as well as being double-headed to allow for the failure of a locomotive.

The model is set to cost £75 and will be available to order from Revolution Trains and is not crowdfunded.

For the PFA, Revolution Trains is working with Accurascale to downsize its soon to be released ‘OO’ gauge model of the soughtafter wagon. The PFAs were built in 1986 for containerised coal traffic with Cawoods and British Fuels but were later used for gypsum traffic as well as with half-height containers for low-level nuclear waste traffic operated by Direct Rail Services.

The model will have a die-cast deck for weight and Revolution is proposing models with full and half-height containers.