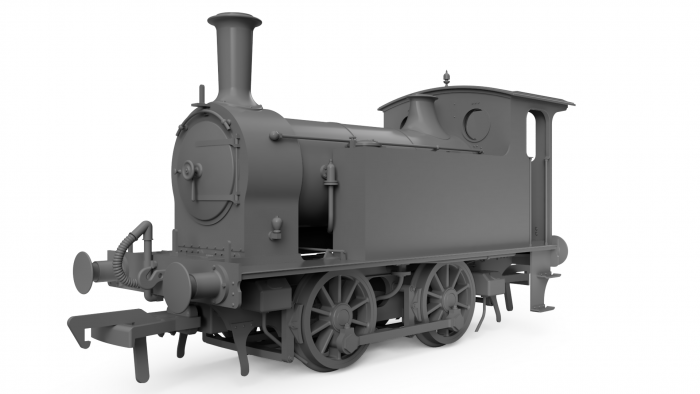 The NER built six of these locomotives in 1888 to modernise its dockside railways. Classified ‘H’, more were built in 1891 and again in 1897. A further five were completed by the London and North Eastern Railway (LNER) in 1923 when the fleet was reclassified ‘Y7’.

The locomotives could be found all over the network from St Margaret’s shed and Leith docks in Scotland, to Tweedmouth, York, Stratford and Neasden. Two of the class have survived into preservation with 68088 based at the Mid-Suffolk Light Railway and classmate 1310 at the Middleton Railway.

Rapido Trains is incorporating key differences in locomotives and the models will feature a coreless motor and flywheels for slow running. NEM coupler pockets and a factory-fitted speaker are planned.

Prices are still to be confirmed, but Rapido Trains UK hopes to open the order book later in 2022 with tooling beginning in early 2023.