Trains withdrawn from the national network are usually destined for a one-way trip to the scrapyard, but for a lucky few a further life awaits as a result of reengineering. EVAN GREEN-HUGHES explains all in the concluding part of our Railway Realism trilogy on stock changes on today’s railway. 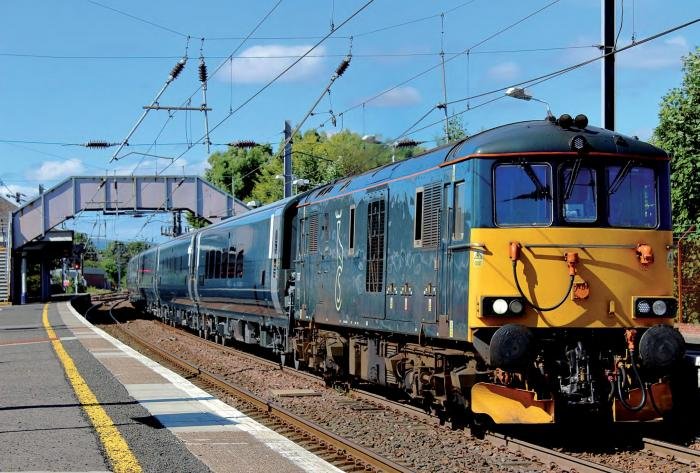 The Class 73/9s used by GB Railfreight for Caledonian Sleeper services within Scotland are equipped with an MTU V8 engine developing 1,600hp. On July 6 2018 Class 73/9 73971 heads south through Kilwinning with the 5Z73 stock move from Polmadie Depot-Kilmarnock Bonnyton Depot hauling eight new Mk 5 carriages. The Mk 5s were being moved for fitting out and modifications prior to introduction to service.
Scott Dargayed.

THE IDEA OF MAKING something useful out of something surplus or worn out isn’t exactly new. The Great Western Railway was a master at rebuilding redundant engines - for instance, the ‘Dukedog’ 4-4-0 was constructed using the boiler of a ‘Duke’ amalgamated with the frames of a ‘Bulldog’ while the