The firm’s 1/72 Apache boxing first released in 1990 returns in new packaging... but there's a twist, as CHRIS CLIFFORD reveals. 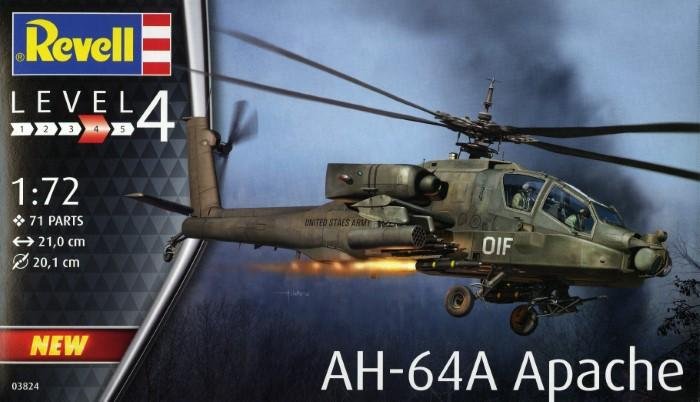 Fans of army aviation will not doubt welcome the return of Revell’s kit, especially if they prefer 1/72 scale. After its initial 1990 release, the same parts were marketed with Matchbox branding in 1992. It has not been available since then. However, on inspecting the runners, the layout and certain parts reveal this to be Hasegawa styrene originally from 1983 – just rearranged. One confirmation is that Hasegawa based its first 1/72 Apache on the prototype, and it’s that format boxed here by Revell (item 03824). The parts include the rotor-top air data sensor for test purposes, rather than the production example, and there are no rocket pods or countermeasures gear.