Just as there has been a revitalisation of small-scale aircraft kits, there’s been a similar renaissance with 1/72 armour, as evidenced by Revell’s M109 self-propelled howitzer. 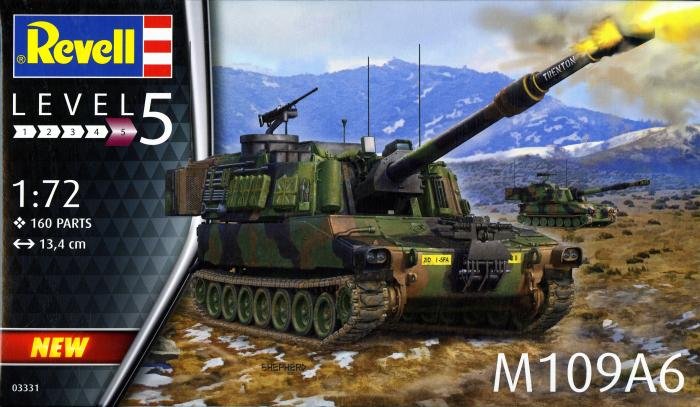 This newly tooled offering (03331) depicts the A6 variant, also known as the Paladin, as used by the US and Saudi Arabian armed forces. At first glance, the four styrene runners seem to be packed with parts, which is explained by the provision of interior detail, including an intricate main gun breech and representation of the vehicle’s powerpack. Attention to detail is also apparent on the exterior, with convincing anti-slip textured panels, a beautifully moulded single-piece gun barrel with double-baffle muzzle brake, and provision for hull stowage.

Tracks are supplied in link-and-length format and feature well-defined road pads, while there’s a figure supplied for the open turret hatch. Two markings schemes are included; the first is an overall Desert Sand vehicle, while the second wears standard NATO three-tone camouflage. More on this can be found at: www.revell.de/en