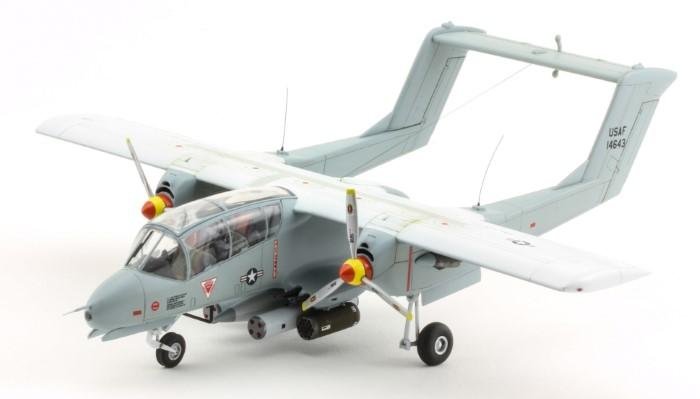 Following an informal brainstorm session between US Marine Corps officers Maj W H Beckett and Col K P Rice, in the early 1960s, the formula for the Light Armed Reconnaissance Aircraft (LARA) was established, setting in motion the birth of the OV-10 Bronco.

The US Navy, Air Force and Army all agreed to the LARA specifications, and of 11 proposed designs, North American and Rockwell’s NA-300 was chosen to fulfil the requirement. This became the OV-10 and was named the Bronco; it was a twin-boom aircraft with a pair of turboprop engines, with the fuselage being a central ‘pod’ nacelle. Its capabilities included Short Take-off and Landing (STOL), considerable loiter time and strong load-out options, ensuring it was perfect for observation, forward air control (FAC), helicopter escort and ground-attack roles – notably during the war in Vietnam.