With quality kits of the F-15E Strike Eagle already available in 1/72 scale, Revell has boldly released its own new tooling… but does it hit the target? CHRIS CLIFFORD finds out. 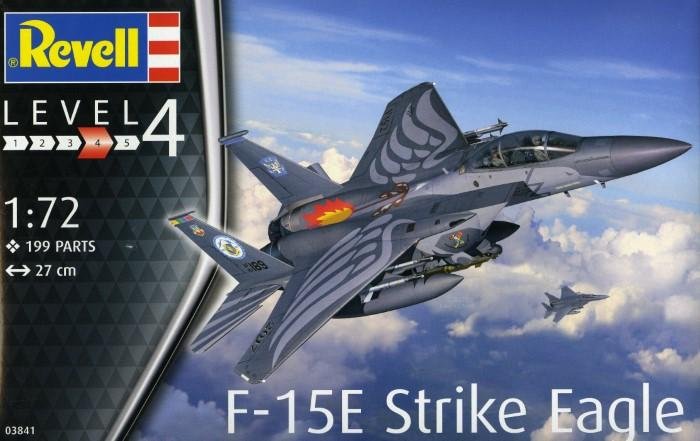 Modellers are not exactly poorly served when it comes to 1/72 F-15E kits. While the venerable item from Hasegawa (albeit based on the F-15B/D airframe) still stands up fairly well, new toolings from Academy and Great Wall Hobby released in 2017 generally raised the bar (Academy dropped the ball with its exhaust nozzles though, which are terrible). Each hovers just below and slightly above the £30 mark respectively, both offering a commendable array of modern stores. Hasegawa’s boxings are usually £35-plus when you can find them - and they will need munitions from one or more of the firm's weapon sets making them less attractive financially.