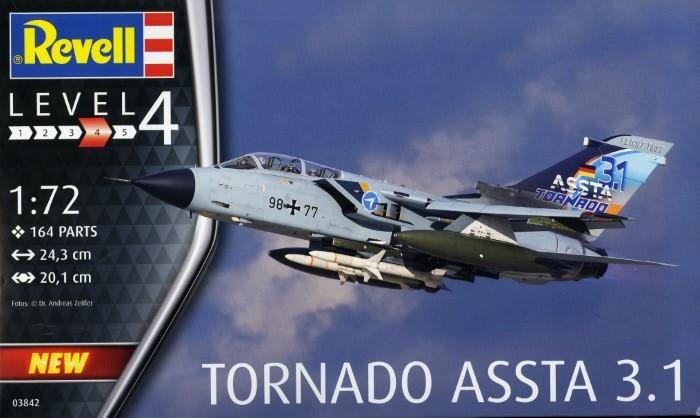 There comes a time in any aircraft type’s lifetime when it needs to be rejuvenated. Many F-16 operators now fly Mid-Life Update examples, and likewise, the Hellenic Air Force has its F-4E AUPs, signifying Avionics Upgrade Programme. 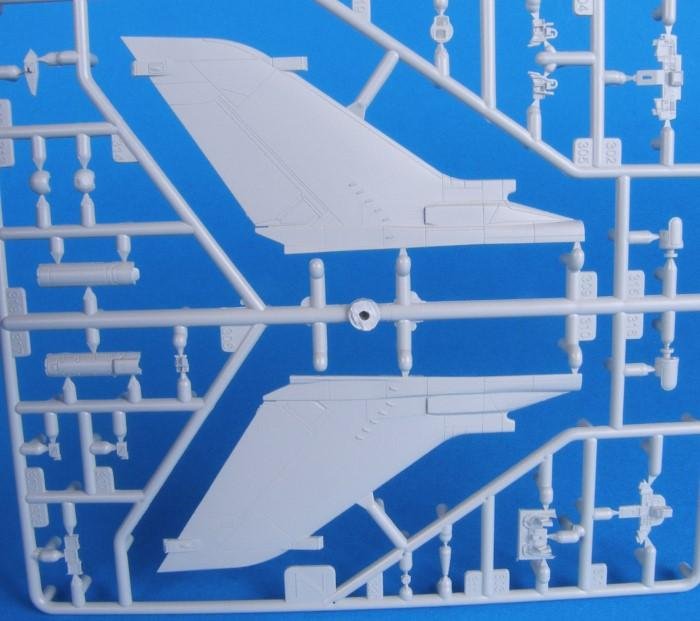 Above: The new runner added to Revell's original German Tornado.

To ensure topicality, Revell already updated its 1/48 new-tool German Tornado in this manner. However, it’s also afforded the makeover to its ageing 1/72 Tornado kit with a new runner, featuring most of the items needed to emulate an ASSTA 3.1 Tornado airframe. 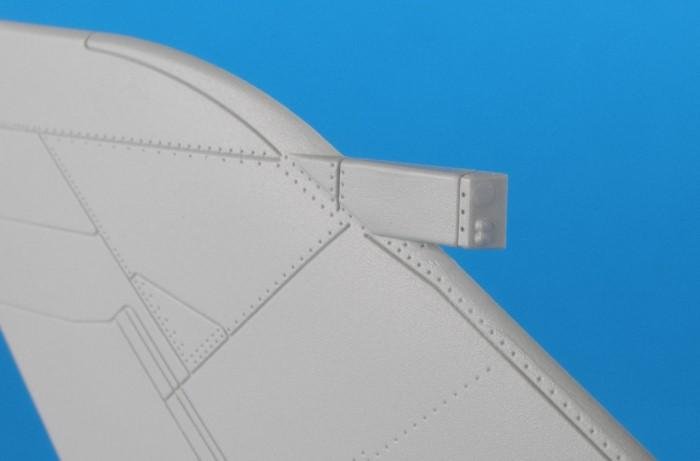 Above: The fresh vertical stabiliser has new fairings in line with ASSTA upgrade activity. 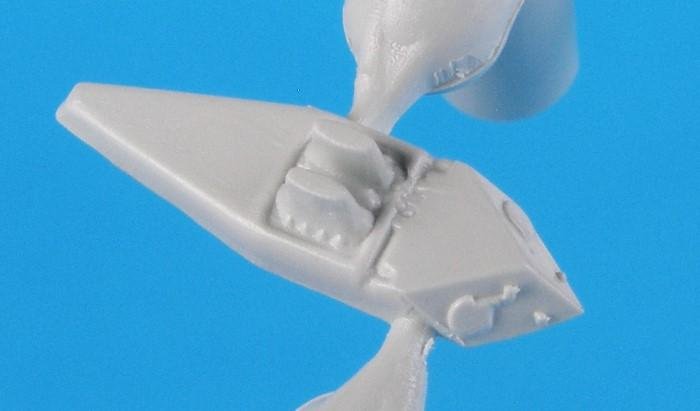 Above: Here's the busier of the two new under-nose fairings.

The additions in kit 03842 include a whole new and beautifully engraved vertical tail with upgraded front and rear fairings, Litening and recceLite pods, newly tooled instrument panels, a new rear cockpit coaming with three large CRT screens, and the under-nose blisters. Frustratingly, no laser JDAMS are provided, but more experienced modellers could adapt current GPS JDAMs via scratch-building. Nor is a modern BOZ-type countermeasures pod present, but the current Tornado BOZ-101EC is available in 1/72 scale from Air Graphics. 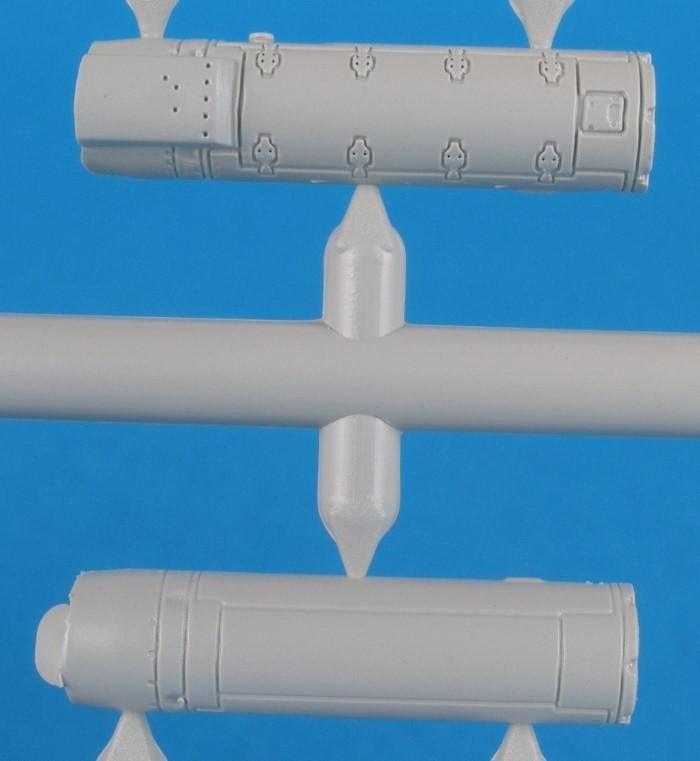 Above: These halves form the body of the Liteneing III/RecceLite pods. 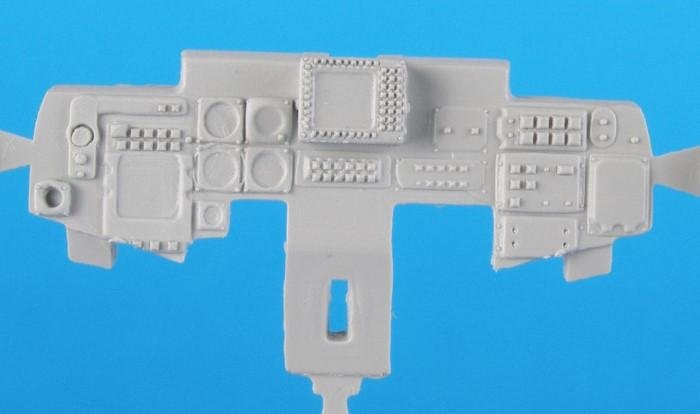 Above and below: New instrument panels are also provided. 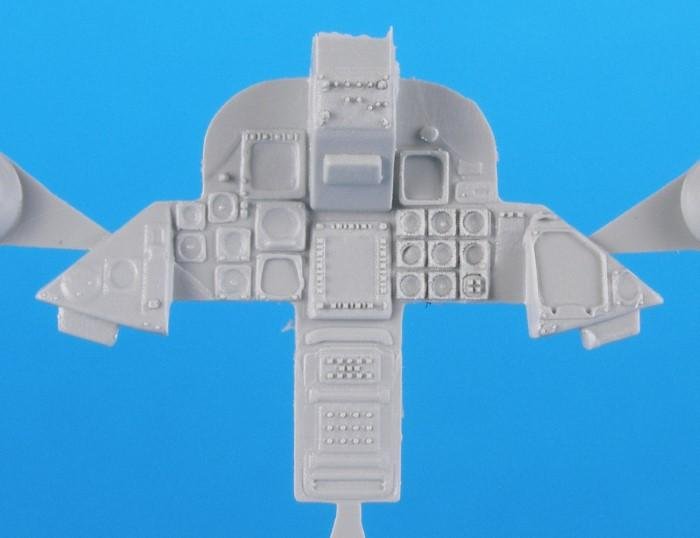 All the other original parts are provided, although the moulds are showing wear and tear as flash is present on some components. The stores comprise AIM-9 Sidewinders (these supposedly replicate the AIM-9L but the front fins look more like those on a ‘J’), AGM-88 HARM, an aerial ‘buddy’ refuelling pod, original BOZ-101 chaff/flare dispenser, Cerberus ECM pod, recce pod and fuel tanks. 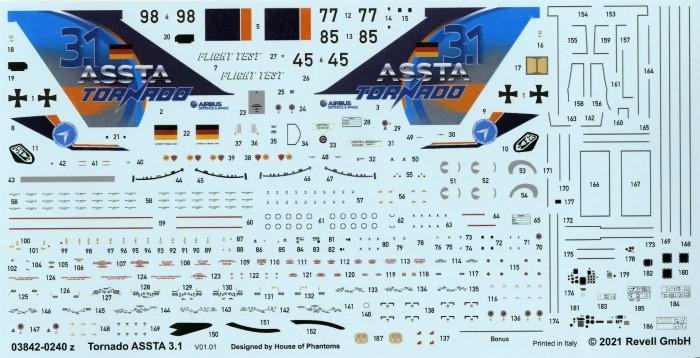 Returning to the new stores, the Litening is transformed into RecceLite simply by adding a circular fairing underneath. The detail is excellent, with fine mesh grilles moulded on the end plate, a separate gimbal lens head and the appropriate panel lines and fasteners.

Brand-new decals are supplied and these cater first for the ASSTA 3.1 demonstrator airframe 98+77, operated by test unit WTD-61 at Manching, Germany, as seen in July 2015. This has elaborate artwork on the tail and air intakes, but what is a pale blue field on the real aircraft’s tail is rendered too dark on the decal sheet. The other aircraft is 45+85, of Tactical Air Force Wing 33 at Büchel in 2014, and this wears standard overall grey.

This is a well-considered update to what is still a very workable Tornado tooling. The RRP is £29.99 and it’s available from Carrera Revell stockists. www.revell.de/en