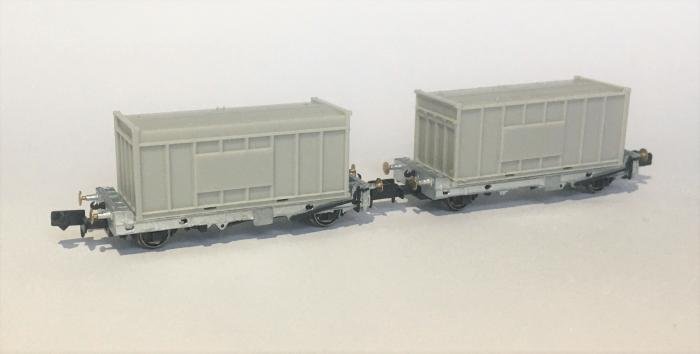 Revolution Trains is planning to offer the distinctive 20ft British Gypsum containers as separate items for 'N' gauge modellers to utilise as loads for their bogie KFA or four-wheel PFA container flats.

Several different types of container are used to transport Gypsum and Revolution Trains has commissioned Accurascale to produce two 'N' gauge versions of the 20ft examples based on its 'OO' models, one with full height vertical ribs, while the other features a horizontal top bar. Two 'N' gauge triple packs will be produced - one in British Gypsum white and one in British Gypsum blue.

The 'N' gauge containers have already been tooled and should enter production shortly.