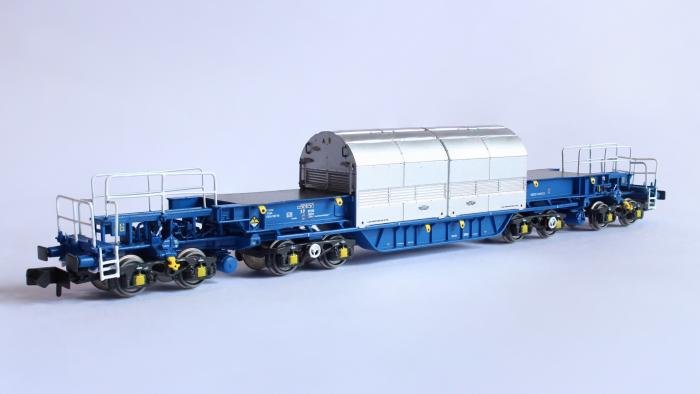 Revolution Trains has received decorated samples of its forthcoming 'N' gauge pair of KUA nuclear flask wagons. The MoD has two of these goliaths – MODA95770 and MODA95771 – and they're used primarily for carrying spent fuel from Royal Navy nuclear submarines from HM Dockyard’s at Devonport and Rosyth to Sellafield for disposal.

Built in the late 1990s, each weighs 150 tonnes when loaded and comprises a main well on pairs of articulated outer chassis across four bogies. The KUAs have also been used, on occasion, to convey spent fuel from Dounreay nuclear research establishment in the far north of Scotland and when loaded are accompanied by escort coaches carrying military personnel for security.

Revolution is selling the pair in a twin set so that customers can buy the complete fleet. The twin-packs will be available at the earlybird price of £139.95 until the end of May, after which the price will revert to the standard RRP of £159.95.

Each wagon will be an accurate representation of its prototype with individual and unique TOPs panels, data markings, lettering and hazard warnings all faithfully recreated. In a first for Revolution (and, possibly, in British 'N' gauge) the wheel numbers and profile data on each bogie has also been individually printed. The livery samples are now approved, subject to minor amendments, and the models are in production. Delivery is expected in late summer 2020. 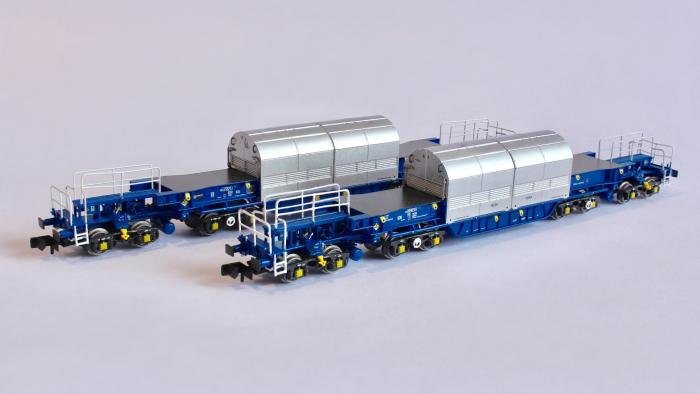