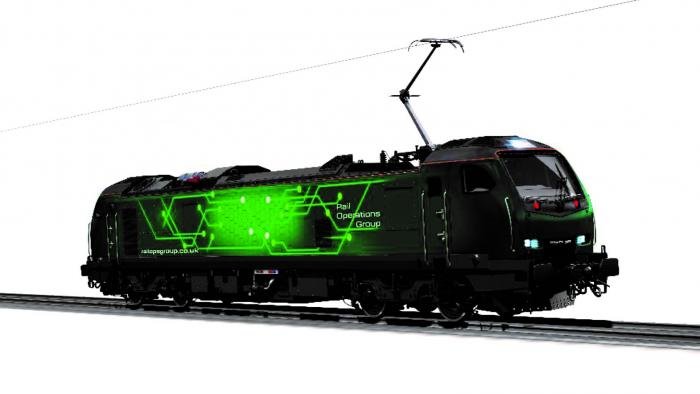 Ten of the all-new Class 93s (with options for a further 20 examples) have been ordered by Rail Operations Group (ROG), which will be able to operate on 25kv overhead power supply, diesel engine or heavy duty batteries - hence tri-mode. They are expected to be delivered in early 2023.

This will be Revolution Trains' second ready-to-run locomotive (the first was the recently released 2mm scale Class 92 Co-Co electric) and will initially be offered in Rail Operations Group's distinctive green and black livery.

Ben Ando, co-director of Revolution Trains commented: "Having delivered our first 'N' gauge locomotive to rave reviews, we are thrilled to have been chosen by ROG and Stadler to produce the Class 93 tri-mode locomotive - perhaps the most exciting and innovative development on the real railway for many years."

The manufacturer is aiming to have the all-new 'OO' gauge model available soon after the full-size examples are due to enter service in 2023, having been granted an exclusive licence to produce the Class 93 in 'OO' and 'N' gauge - a 2mm scale example is expected to follow in due course. Says Revolution Trains' co-director Mike Hale: "It will be a challenge to produce, in model form, a locomotive that is largely still on the drawing board. We will work closely with ROG and Stadler to ensure any amendments made during construction, or testing, are replicated on the model."