Adelante and Coradia DMUs next for ‘OO’ and ‘N’

Revolution Trains has confirmed that its next multiple unit project will model the Alstom Coradia 1000 family of Class 175 and Class 180 DMUs for ‘N’ and ‘OO’. 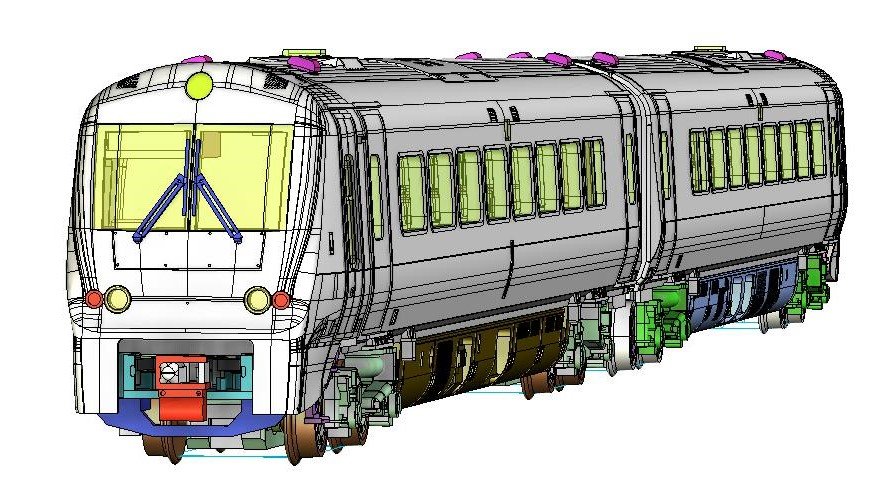 Built at Alstom’s Washwood Heath factory in Birmingham between 1999 and 2001, 11 two-car and 16 three-car Class 175 Coradia 100mph units were ordered for use on First North Western services to/from North Wales, the West Midlands, the North West and the Lake District, while 14 five-car Class 180 Adelante DMUs were developed for use on longer distance First Great Western services to/from London Paddington.

The units have cycled through several franchises since their introduction with the Class 175s now operating with Transport for Wales, while the Class 180s are currently employed on Grand Central and East Midlands Railway services.

Revolution Trains’ all-new ‘N’ and ‘OO’ gauge models will appear as two and three-car Class 175 and five-car Class 180 sets and while identities and liveries have yet to be confirmed, the Coradias are expected to appear in First North Western, Arriva and Transport for Wales colour schemes, while the Adelantes are expected to appear in First Great Western, First Hull Trains, Grand Central and East Midlands Railway liveries.

Prices have yet to be confirmed, but the order book is due to open shortly when early-bird prices will be revealed. While release dates have yet to be set, the ‘N’ gauge models are expected to appear first, followed by ‘OO’ gauge examples several months later.