Revolution Trains has revealed that its new 'OO' gauge ready-to-run locomotive will be the brand new Clayton Equipment built CBD90 Class 18 battery hybrid shunting locomotive. Release is expected in the fourth quarter of 2022.

The Clayton CBD90 (Class 18) is a new generation of shunting locomotive designed to replace the classic Class 08 0-6-0 diesel shunters at railway yards large and small. Beacon Rail Leasing has ordered 15 of the locomotives from Clayton Equipment for use at larger marshalling and engineering yards while Tata Steel and Sellafield have also taken CBD90 engines for use on their own railway systems. 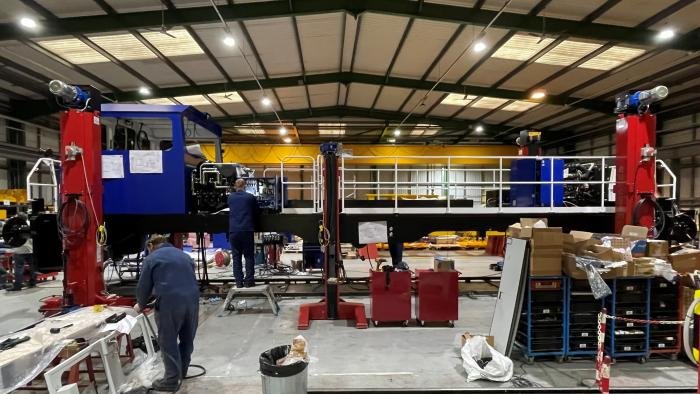 The 90ton locomotives have two large battery packs that can either be charged from three-phase mains power or by the on-board diesel engine. They are designed to haul more than 2,000tons and the entire production order is being assembled by Clayton at its Burton-on-Trent facility. They are the largest locomotives to be built in the UK for nearly 25 years. 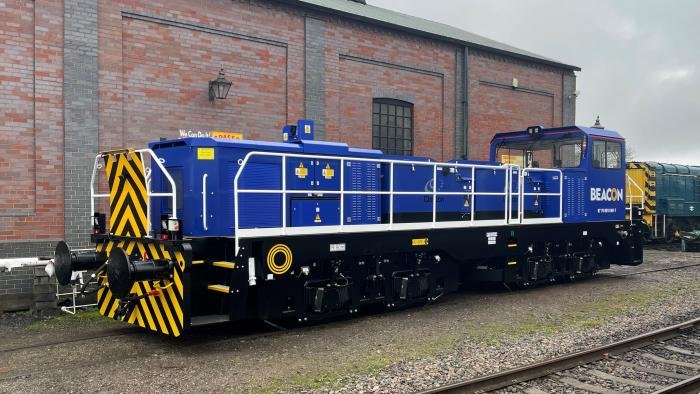 Revolution has agreed an exclusive licence to produce the Class 18 locomotives in Beacon Rail livery and has permission to produce Tata Steel locomotives which have been in service since 2019.

Revolution's Ben Ando said: “Beacon first mentioned this innovative new locomotive to us during the early development stages of our 'N' gauge models of their Mk 5a Trans Pennine stock, and we are very excited to be working with them and Clayton to create the models.”

Above: Beacon Rail Leasing blue livery on the Clayton Class 18.

Beacon’s Viren Walia said: “These locomotives have been designed for operation in network yards and depots, as well as at private sites such as quarries, cement works and fuel terminals, all subject to the relevant approvals. When we saw the test samples of the Mk 5a stock we were impressed, and we are happy to give Revolution the exclusive licence to produce our Class 18s.”

The first samples are expected in Spring 2022 with delivery of the completed models expected in the fourth quarter of 2022. Revolution has partnered up with Rails of Sheffield to retail the models.