Revolution Trains adds MMA/JNAs for ‘N’ and HOAs for ‘OO’

Revolution Trains adds MMA/JNAs
for ‘N’ and HOAs for ‘OO’

Both models represent a straight swap of scale as the manufacturer has already produced 4mm scale MMA/JNA wagons and 2mm scale HOA hopper wagons. Revolution Trains’ (RT) Mike Hale commented: “Since we unveiled the HOA hoppers in ‘N’ some years ago we have received a steady stream of requests to offer the same wagons in ‘OO’, while the same is true of our MMA/JNA box wagons in reverse.”

The decision to produce these models in their respective scales came about partly due to the COVID-19 situation, which has enabled the manufacturer to make good use of previously gathered research material, as RT’s Ben Ando explained: “We’d always planned to offer the HOAs in 4mm and the Ealnos wagons in ‘N’, but because the lockdown stopped us carrying out research trips for other planned projects, we moved these up the schedule.”

While prices have yet to be confirmed for either model, a discounted ‘early-bird’ price will be offered initially, before rising to the standard pre-order price. 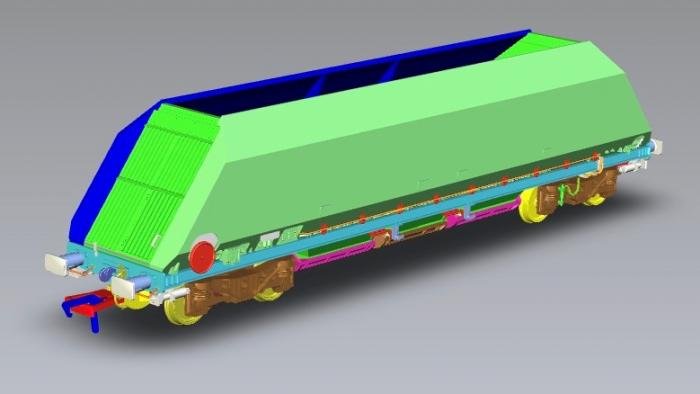