Zvezda’s 1/72 T-15 Armata is a stunning kit for any modeller who prefers modern armour in a small scale, as CHRIS CLIFFORD discovers. 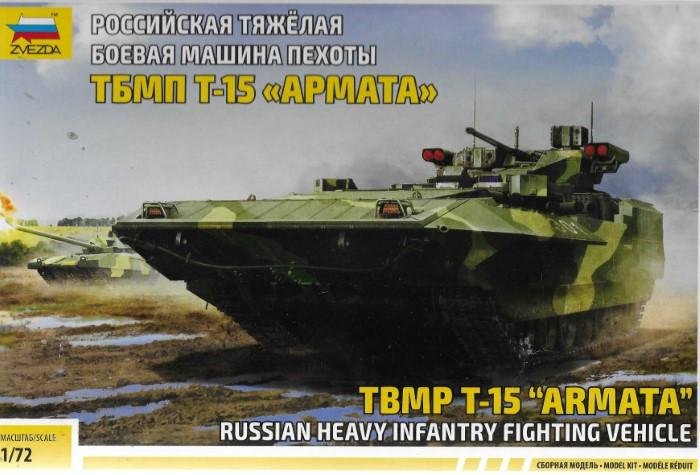 When you first see the size of the upper decking provided in this kit, you know what a brute the T-15 actually is. The imposing Russian vehicle, designed for carrying troops into battle with a high degree of protection, has already been produced by Zvezda in 1/35 scale… but this smaller version packs just as big a detail punch. It’s packed with fine moulding, and more than stands its ground against its larger brethren.

For those unfamiliar with the machine, the 48-ton T-15 is based on the Russian T-14 tank hull, but has had the engine moved forwards and can accommodate up to nine fully-equipped troops. You could be forgiven for thinking you are looking at a shrunken version of the real vehicle on seeing Zvezda’s parts, the refinement is that good. 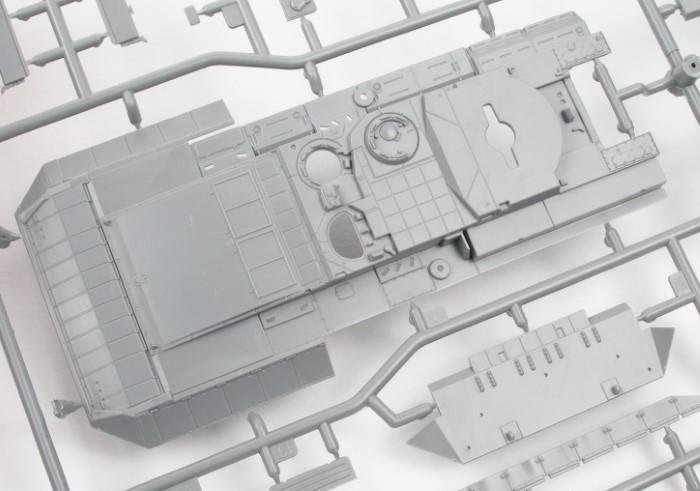 Above: The upper decking is a sight to behold as it’s festooned with fine detail, including well-executed engine screens.

The T-15’s crocodilian shape is well replicated here, with the superb upper decking attaching to the three-part lower hull. The latter also has large slabs of armour, which are added late in the build sequence. It’s impressive how Zvezda has moulded so many features in situ on the hull sides, and none of it seems over-scale, but still more components must be attached, such as the individual wheel mounts, towing cable and of course, the wheels themselves  ̶  which appear to be worthy facsimiles. 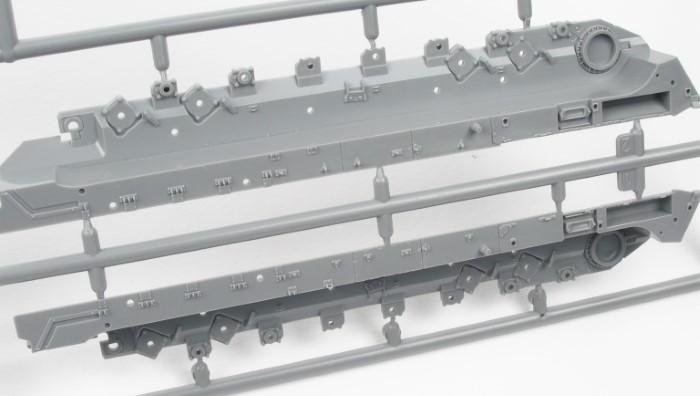 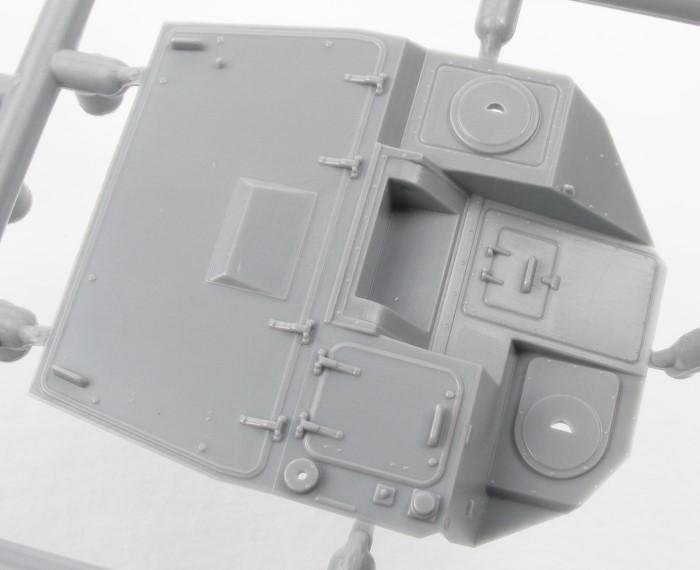 Above: All turret hatches are moulded closed, but there are still the cannon, antennas, Kornet-D missile launchers and their sights to attach.

Returning to that superb upper hull, one hatch is moulded closed, but there are two other separate hatches, and if you can find two suitable figures to place in those positions, it will distract you from the complete lack of interior detail. Explosive reactive armour is also integrally moulded, and the autonomous turret with 30mm cannon is well replicated. Attaching to the turret are sub-assemblies for two twin Kornet-D missile launchers and their associated sights for the gunner and commander. 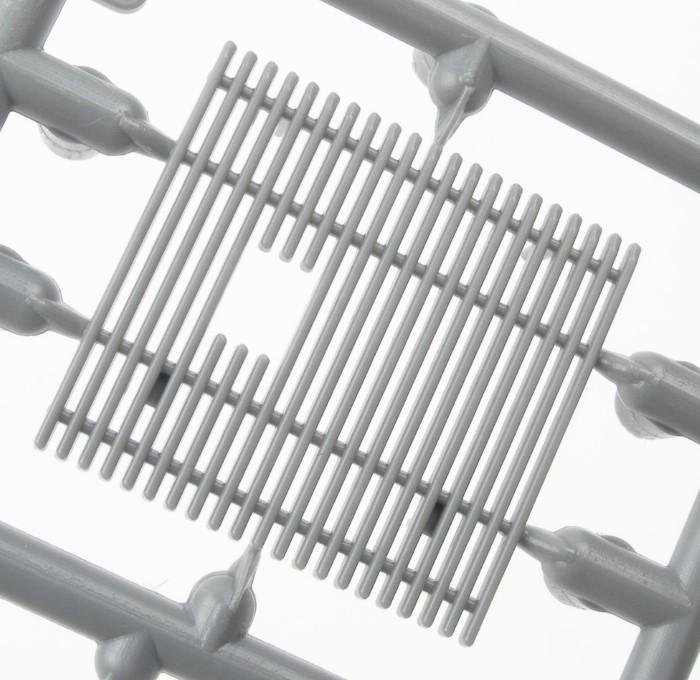 Above: This delicately-moulded slat armour fixes to the vehicle’s rear door.

Further equipping the upper decking are open and closed stowage units, and at the rear of the model attaches a beautifully moulded access door with separate slat armour. Completing the parts are two straight runs of styrene track, which have a degree of flexibility so they can simply be bent were necessary when fitting onto the wheels. The decal sheet is generally good, with six sets of white digits 0-9, although several of the numbers on our sample weren’t sharply printed. Two colour schemes are suggested – one in overall green, and another with three-tone camouflage of green, sand and red-brown. 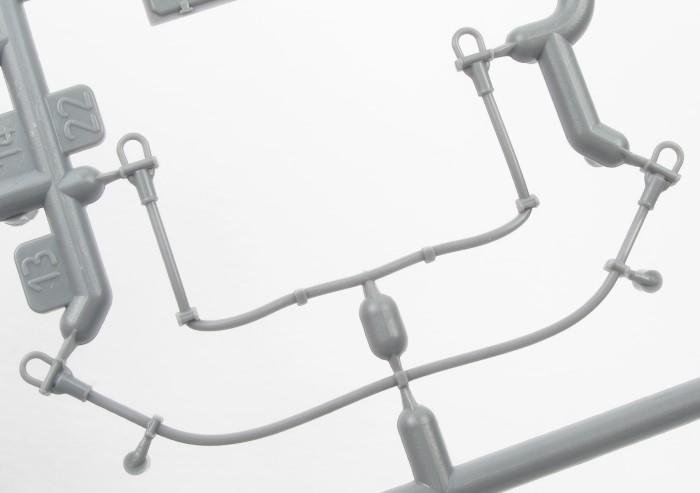 Above: Some of the most fragile parts are these towing cables, which will need careful removal from the runner.

This is an excellent kit, but some components are quite small and delicate, so it’s arguably beyond the realm of the rank novice or youngster. However, more experienced armour builders should get bucket-loads of satisfaction from both the construction and finishing, and at just £16.99 this is spectacular value.

Zvezda kits are available in the UK via The Hobby Company: www.hobbyco.net 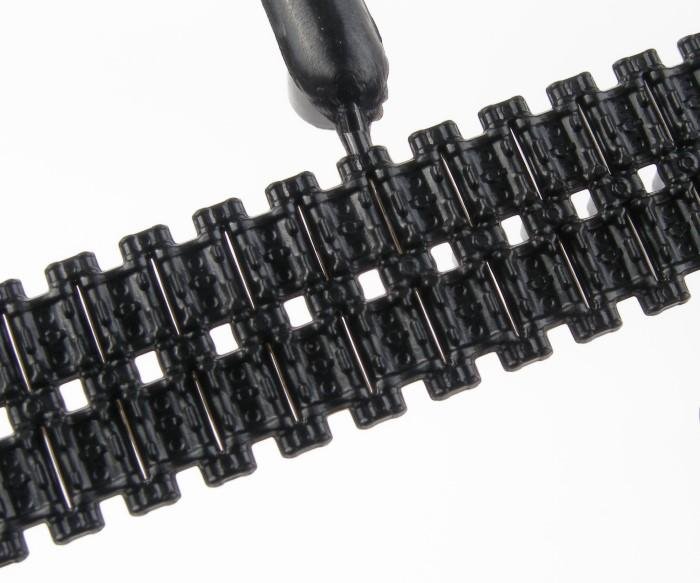 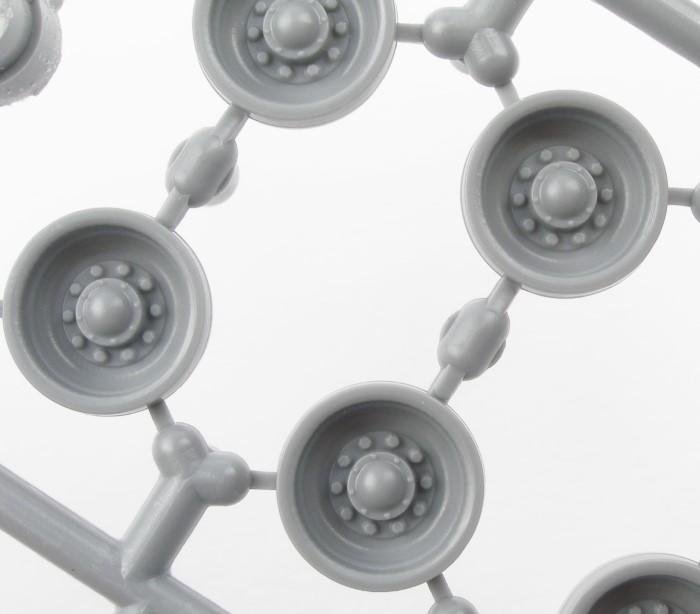 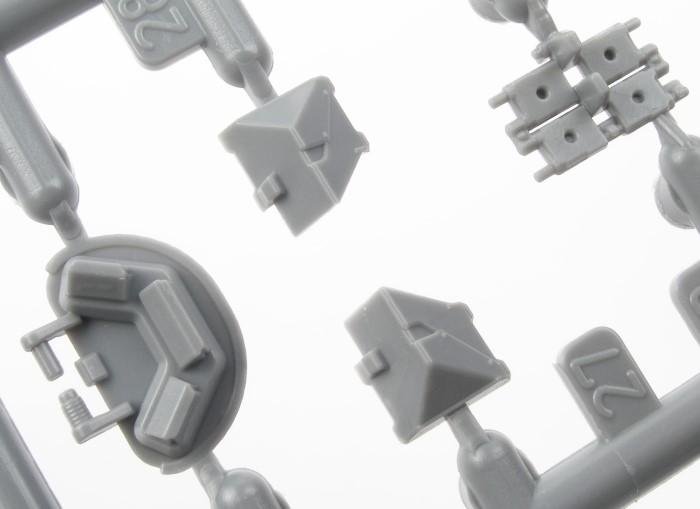 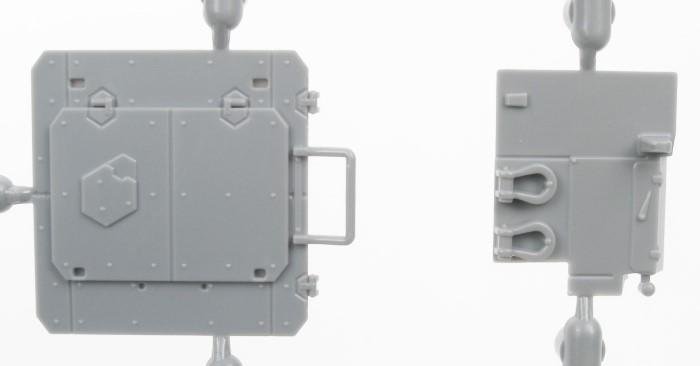