Huw Morgan goes off the rails to give RyeField Model’s 1/35 Sherman Firefly a decidedly different setting... 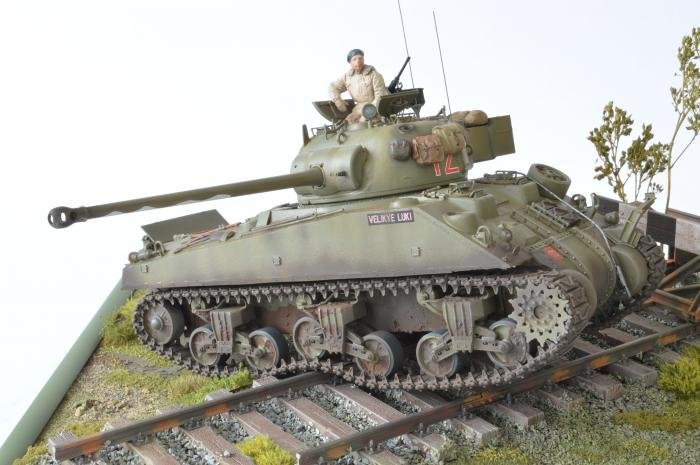 Although it was undoubtedly a key factor in turning the war against the Axis, the Sherman tank’s primary weaknesses were its relatively thin armour, and its 75mm gun in an offensive tank-vs-tank role, as it fired a barely adequate armour-piercing round.

At the time, work was progressing in Britain to investigate the possibility of fitting a more powerful gun into the M4’s turret. Such an armament was the long-barrelled 3in (76.2mm) 17-pounder, developed from a wheeled antitank weapon, which had proved highly successful. Fitting the large gun into a small turret was a challenge, with significant modifications being necessary to the mounting, mantlet, recoil system and turret interior.