UK-based Scale Model Parts is a new manufacturer to Airfix Model World and among its initial 3D-printed releases are a series of engine bay upgrades for Revell’s recent 1/48 Tornado kits. 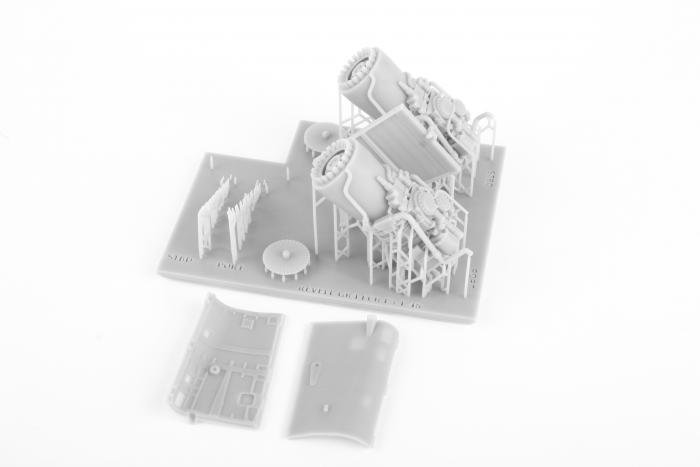 Each provides engine compartments and powerplants for the type’s RB 199 turbofans and the detail is exquisite, as shown by its Revell GR4 ECR F3 Engine Bay set (REV-GR4ECRF3-48-001). There are just seven parts: a firewall, two sumptuously detailed RB 199 units (including fuel pipework, pumps and the afterburner ‘flameholders’), the front-end fan blades and fuselage bay doors.

From a modelling perspective, this means most of the hard work is done; once the relevant kit panels have been removed, the firewall is added and then powerplants combined with styrene components to produce an accurate replica of the Tornado’s innards. The bay access doors are the finishing touch, with commendably thin edges and faithful reproduction of the inner framework.

This set retails for £16 and more details are available via the firm’s Facebook page (Tornado Scale Model Parts).