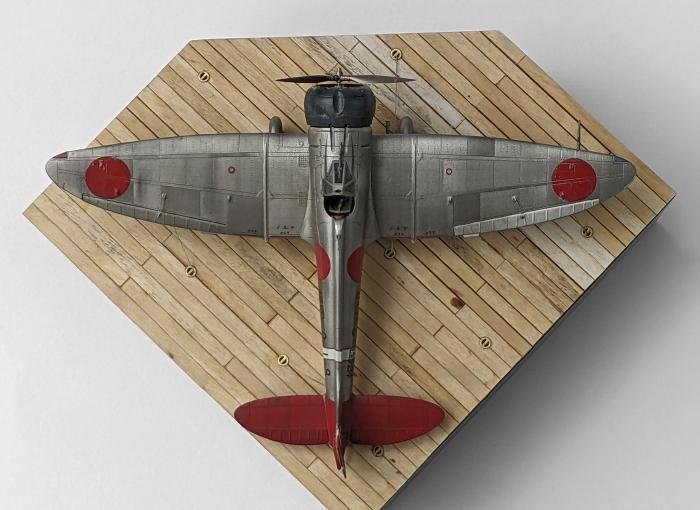 Ukrainian firm Clear Prop won many plaudits for its 1/72 A5N Claude (click here for a full build), with Joel Middleton stating the kit features the best detail he has ever seen in the scale. Built with the photo-etched metal components and pre-cut masks supplied in the kit, the project was completed with lacquer and enamel paints, inks and this modeller’s first-ever scratch-built base. 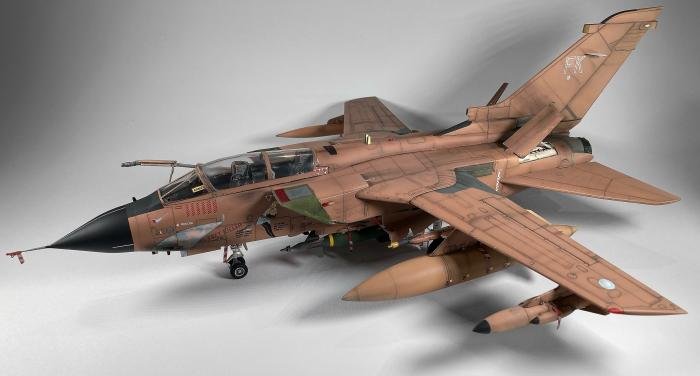 Now preserved at the Imperial War Museum Duxford, Tornado GR.1 ZA465 Foxy Killer flew the highest number of bombing missions during the Gulf War, so was an ideal subject for Si Wheeler’s 1/32 build. Having worked with the type for more than a decade, he knew to fill the wing sweep areas, add cockpit ECS detailing and hide poor seams over the intakes with scratch-built covers. 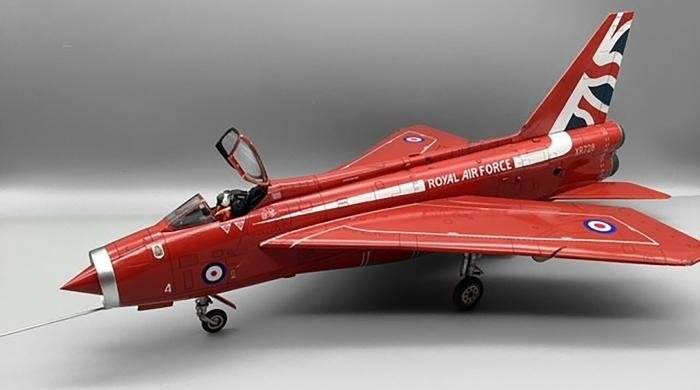 This striking take on Airfix’s quarter-scale Lightning was the result of Peter Crossman’s out-of-the-box construction and a scheme designed by his wife. Imagining the Mach 2 interceptor as a Red Arrows-style display aircraft is novel – though the Lightning was used for demonstration by 74 Squadron’s ‘The Tigers’ and 54 Squadron’s ‘Firebirds’ display teams. 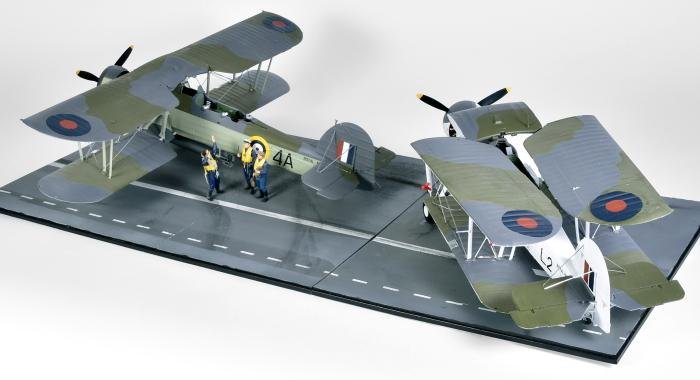 Phil Thomas constructs models that are then auctioned by the charity Navy Wings to raise funds for restoring and operating historic Fleet Air Arm aircraft. This example is a fitting subject as it features a pair of Fairey Swordfish Mk.Is (LS326 and W5856) flown by the charity, both built from Tamiya 1/32 scale offerings. 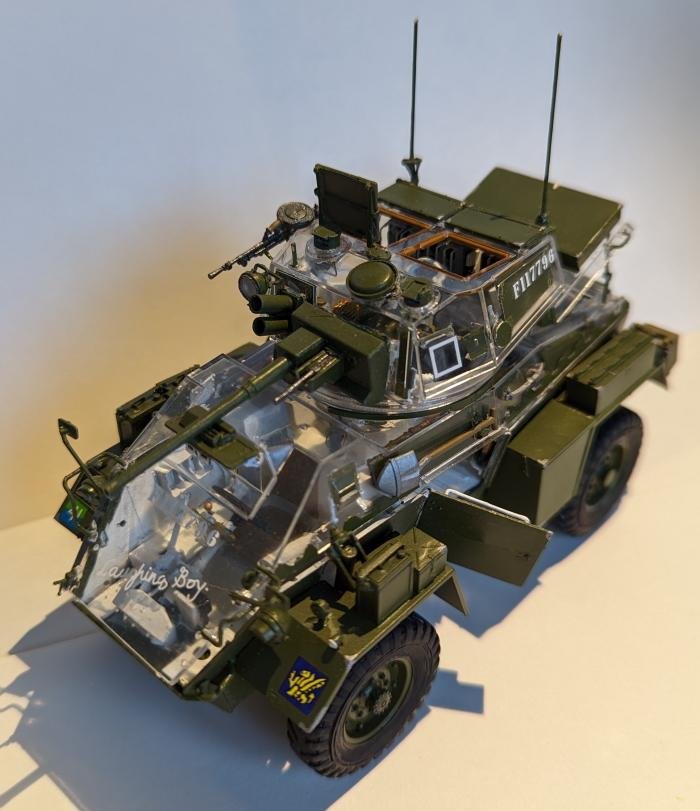 This eye-catching version of Bronco’s 1/35 Humber armoured car is the ‘Full Interior Transparent Edition’ – built from the box by Marc Rycarte. Construction was fiddly but the view into the military vehicle’s innards forms an impressive feature.

Another model built by Phil Thomas for Navy Wings was this take on Revell’s 1/48 ‘Toom’ kit, decorated with the aid of Tamiya and LifeColor acrylics. 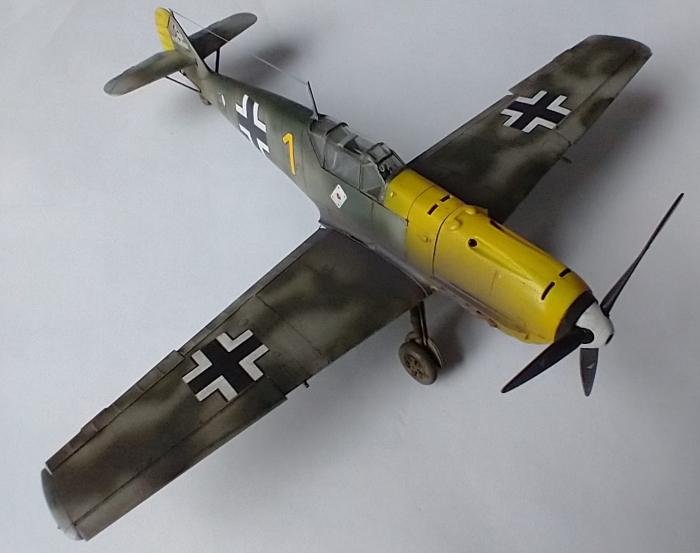 Just the second aircraft kit built ‘as a grown-up’ by Stephen Booth, this smart Bf 109E-3 is Eduard’s 1/48 Weekend Edition adorned with the livery of Josef ‘Pips’ Priller’s 6./JG 51 machine. Vallejo tones were used for decoration, with weathering added via AMMO-MIG pigments.

Re-boxed by Dragon (and latterly Platz), the Panda Models 1/144 B-1 Lancer tooling was adorned with the 1986 Euro One camouflage by Lim Ewe Gen. A total of 16x 2,000lb munitions were added to the model, while the tiny windscreen lining was applied by hand-painting. 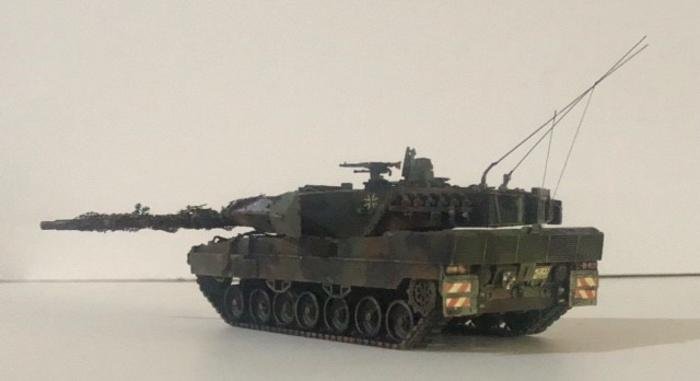 Small-scale armour can offer welcome detail with simple construction and low-cost, as is the case with Meng’s 1/73 Leopard Main Battle Tank, built by Lim Ewe Gen. With pioneer tools moulded integrally, further detail was added in the form of camouflage netting and antennas.

Want to feature your recently finished project in Airfix Model World? Send a high-quality photo (1MB or larger) of the model against a white background and tell us about any aftermarket products or special techniques. Up to four per month will appear in the magazine, with more online.

Email your submissions to: stuart.fone@keypublishing.com