Many readers will be aware of the devastating impact on Ukraine and its people caused by Russia’s invasion.

Although a hobby is arguably among the least important considerations at this time, we have seen the closure of almost all of Ukraine’s model-making industry. Thankfully, information received by AMW indicates that most staff and families are safe, either in Ukraine itself or having evacuated to Poland. This has been tinged with sadness at the news that Valeriy Grygorenko, a highly regarded artist responsible for many Roden and Wingsy Kits boxtops, has been killed by Russian shelling of Irpin, north of the capital, Kyiv. His work was both beautiful to look at and a source of inspiration for many modellers, and he will be sorely missed. Within Ukraine itself, figure specialist MasterBox has, despite everything, begun a new project (the full story can be found here), with the firm stating that: “We are glad to announce that, despite the ongoing war, continuous air raid alerts, fires and other inconveniences connected with the war, the MasterBox team continues to work and is now creating a series of kits dedicated to protecting Ukraine from the barbaric invasion by the Russian Federation. The series of kits will be in two scales – 1/24 and 1/35. We present for your attention the first figure of this series – kit 24085 ‘Russian-Ukrainian War series, Kit No1. Ukrainian soldier, Defence of Kyiv, March 2022’.

This is a Ukrainian infantryman after repulsing the attack of Russian tanks.” A second product, comprising a four-man Ukrainian team recording the capture of a Russian vehicle via mobile phone (35223) is also under development. Of those Ukrainians able to relocate to neighbouring countries, several have set up aid efforts for those remaining inside the besieged country. One notable example is being co-ordinated by personnel from MiniArt, with donations via a JustGiving page established by Creative Models at www.justgiving.com/crowdfunding/ukr-aid. 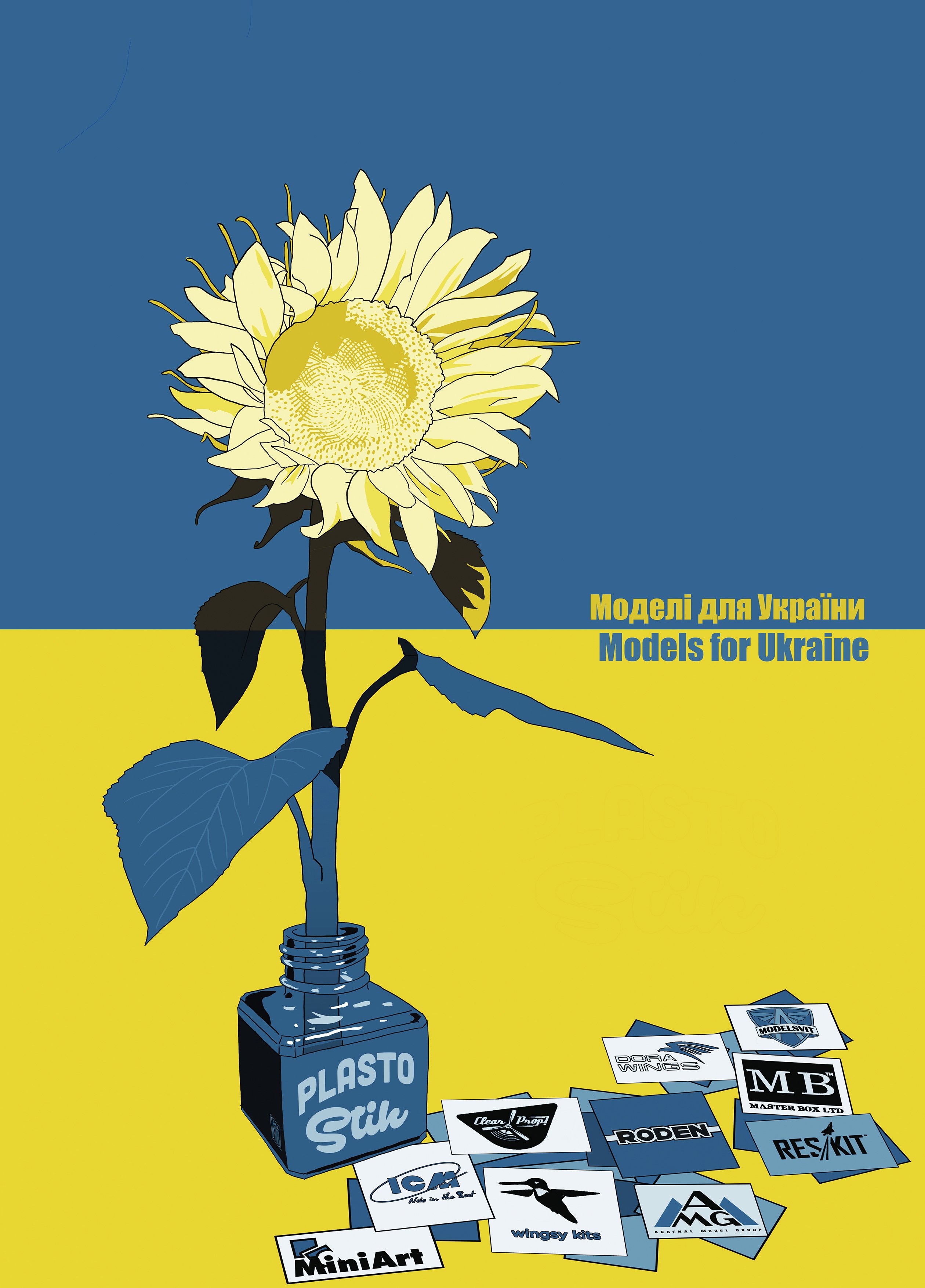 Another modelling-centric fundraiser has been created by Inside the Armour (www.insidethearmour.com) in the form of a charity book containing builds of Ukrainian kits – it’s priced at just £20, with all profits being donated to the Disasters Emergency Committee appeal – so far more than £6,500 has been raised.

Until this conflict can be resolved, our thoughts and sympathies lie with Ukraine.