Soaring high into the Pennines in spectacular scenery, the Settle & Carlisle Railway has always held a special place in the hearts of enthusiasts and modellers. However, this railway had a troubled history with threats to its existence from the very start. EVAN GREEN-HUGHES explains. 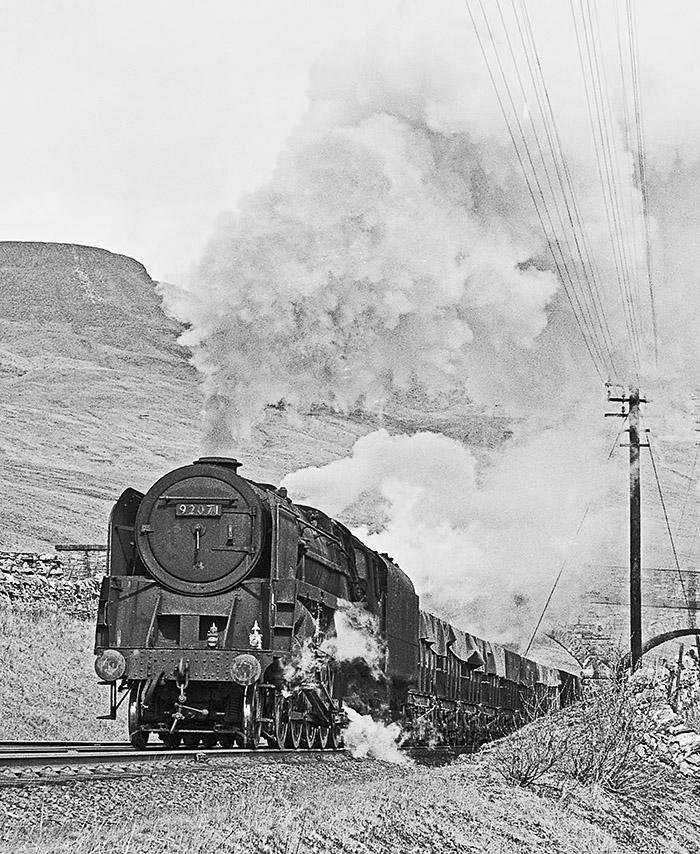 Above: Heavy freights on the S&C in steam days included the Long Meg anhydrite train to Widnes which was often hauled by a BR ‘9F’ 2-10-0. The working was distinct for its tarpaulin covered hoppers. In March 1967 ‘9F’ 92071 crests Ais Gill summit heading south. Paul Claxton/Railphotoprints.uk.