ON THE SHELF AIRCRAFT KITS 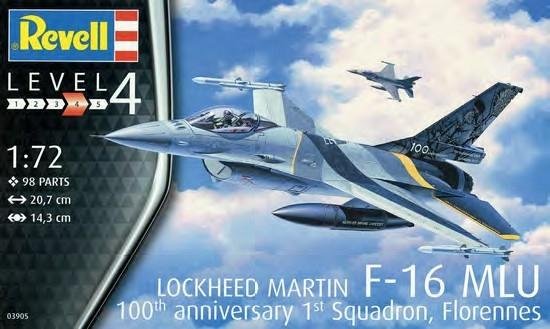 If one is unfamiliar with Revell’s 1/72 F-16s, they are worthy of any ‘Viper’ fan’s consideration. This re-boxing of the Mid-Life Update airframe offers new decals, representing the 100th anniversary scheme applied to the 1 Squadron Belgian AF F-16AM FA-132. It’s an impressive livery, with black and grey bands on the upper wings and fuselage, and a thistleadorned vertical tail. The styrene is excellent, and MLU features such as the ‘bird slicer’ IFF antennas are provided, along with the Belgianspecific Carapace ECM fairing under the air intake (the tiny blisters on the side of the nose, for the same system, are not represented, nor are intake strengthening plates). There’s moulded cockpit instrument detail, a decent seat, wing/centreline fuel tanks and air-to-air missiles (AIM-9, AIM-120). The decals are gorgeous, with thin, gloss carrier film. 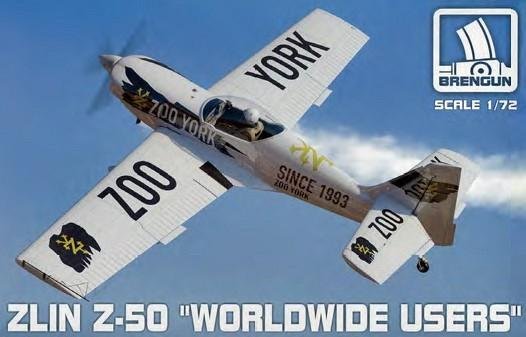 Regular readers will have seen our build of Brengun’s original Z-50 in the March 2017 issue. Well, the kit’s back with new colour schemes, a small selection of PE details and resin mainwheels. The latter are for employment with the styrene undercarriage legs, but one can also build airframes with spatted wheels, and this is represented via one-piece plastic leg/spat/wheel parts. Engraving is fine and recessed, and the raised embellishment on the flying control surfaces is pleasing. There’s a patterned seat cushion and PE belts, and the resin wheels are superb. The six aircraft are all colourful in their own way… although careful masking will be necessary for one or two of the schemes provided: 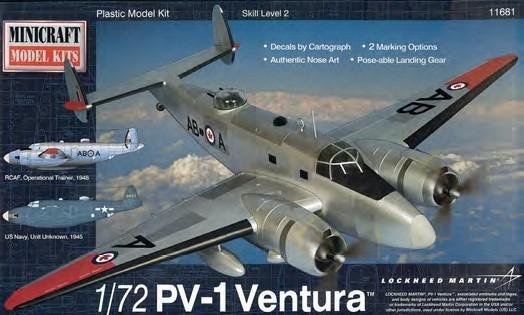 The Academy/Minicraft PV-1 is re-issued with new markings. It’s always been a sound base kit, although it does need a little help in the detail department. However, the styrene benefits from fine engraved panel lines, and the trademark ‘paddle’ prop blades are provided. This boxing comes with a clear nose, on which panel lines/windows must be filled to represent the late-PV-1, and the flatter dorsal gun turret is also supplied. New decals, printed by Cartograf, cater for two aircraft, one in natural metal and Arctic Red panels, the other in overall Sea Blue, but there’s a glaring mistake in that the codes for the Canadian machine are erroneous; while the style is correct, the letters are not, as ‘AB’ was worn by a Vampire unit. The actual codes for this PV-1 should be DK or GM, depending on the year. 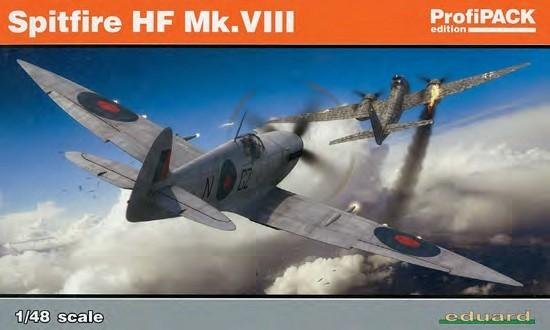 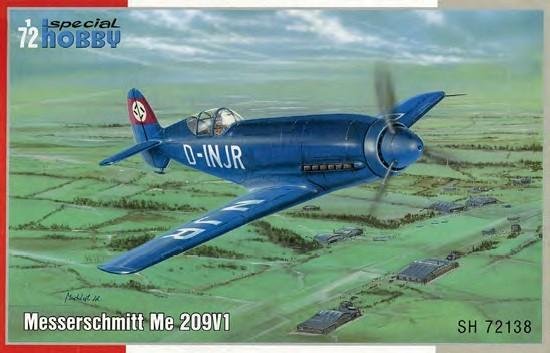 Here’s a lovely little rendering of the Me 209V-1, which, while being flown by Fritz Wendel, set a new world air speed record in April 1939… but the type was named Me 109R at the time to fool the public and Germany’s opposition abroad. While the parts count is relatively low (just two runners and a one-piece canopy are supplied), the detail is respectable. The cockpit is well equipped, with a seat and mounting bar, control column, rudder pedals, an instrument panel (recessed dials and decals) and switch boxes for the side walls. The exhausts and spoked wheel hubs are pleasing (convincing depth to the latter), and besides the record-breaking overall blue livery, one can also replicate the earlier airfame in aluminium, with the original vertical tail, but sans undercarriage bay doors: 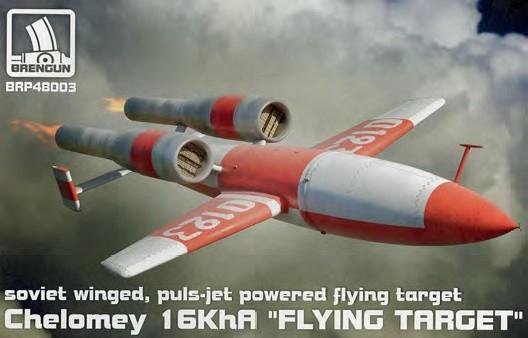 Modellers looking for something different to hang from their Soviet Tu-2 or Tu-4 bombers are unlikely to find much stranger aerial fayre than this twin-pulse jet V-1 derivative. It’s been produced previously in 1/72 scale, and Brengun has up-scaled the parts for this very unusual subject. There’s a single styrene runner, and the components are well moulded, with delicate engraved panel lines and rivet detail. The pulse jets have just three parts each, but this reflects their very simple design, while the stub wings butt-join to the main body/ fuselage. Thoughtfully, there’s an eight-part dolly for those not wanting to hang their 16KhZ from an aircraft. Three schemes cater for red/white test objects (one with crudely ‘0123’ numerals, the second with numerous ‘SCC•’ logos on the airframe and engines) and a notional production machine painted overall green. 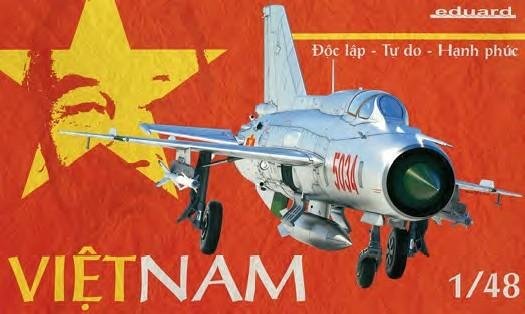 Ever to get the most from its moulds Eduard has re-packaged it’s 1/48 MiG-21PFM in this bespoke Viêtnam product. The firm’s Fishbeds are sublime, and here, the eight large styrene runners are accompanied by tape masks, pre-coloured photo-etched metal details and decals for PFMs of the Vietnamese People’s Air Force. We’ve reviewed previous boxings of Eduard’s MiG-21 and they never disappoint, there being beautifully engraved panel lines, worthy styrene detail and a generous array of stores. The exhaust is replicated well, undercarriage bays are busy and one has the choice of a closed or open airbrake. Oh, and the cockpit is superb, with a fine ejection seat and clear moulded instrument panel. The liveries represent bare-metal and camouflaged aircraft: 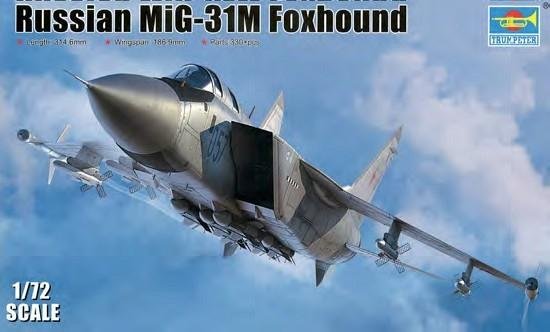 Trumpeter’s MiG-31M Foxhound is a welcome addition, but could have been so much better, being undermined by poor research. On the plus side, there are new fuselage and nose halves (capturing the revised airframe/aerofoil shapes correctly), provision for six underside weapons as opposed to four, new cockpit displays, AA-13 Arrow missiles, wingtip countermeasures pods and a modified canopy/ windshield. However, modellers will need to scratch-build extra AA-12 Adder pylons for the inner stations (just the larger AA-6 units are supplied), and correct the vertical fin fillets, dielectric panels, parachute housing, wing fences and wing-root fairing. Note the AA-6 Acrid missiles should be consigned to the spares box. The single scheme depicts the most well-known airframe, Blue 57, as it appeared at Minsk-Machulischy between 1992 and 1997. 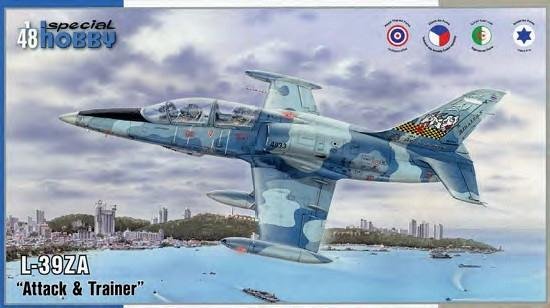 Aero’s L-39 has been a solid competitor to BAE’s Hawk, and modellers have much choice in colour schemes. Special Hobby’s 1/48 re-release matches well-moulded styrene with a comprehensive array of photo-etched brass details, and well-cast resin. The former includes optional instrument panels, seat straps/firing handles and more, while the latter medium is employed for the under-fuselage gun fairing, wheels, UB-16 rocket pods, exhaust, antennas, seat head boxes and other small features. The styrene is slightly rough in places, so Micro- Mesh treatment is advisable, but the engraving is decent. There’s a generous array of colour schemes and the decals are excellent, the highlight being the Thai Air Force jet with special elephant/dragon tail art: 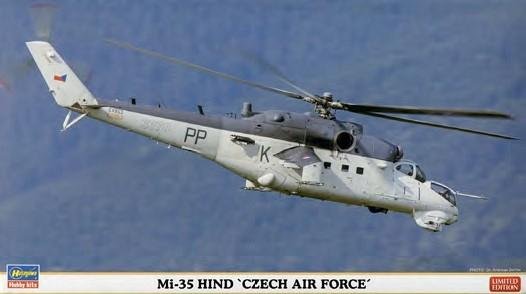 Web: www.amerang.co.uk Here’s another old favourite, with Hasegawa adding five resin parts (including flare dispensers) and a small PE metal fret to its 1980s Mi-24D Hind-D kit, to replicate a Czech Air Force Mi-35. While it has accuracy issues (short fuselage/ tail boom, overly long and thin rotor blades, and incorrect narrow-chord tailfin), it still looks like a Hind. Despite its age, the panel lines are fine engraved renditions, and the moulds have been updated, although it still lacks a cabin interior. Two Czech Air Force schemes are offered, one being the boxtop airframe lacking the nose gun (Hasegawa has omitted the painted xenomorph egg ‘mouth’ on the intake baffles), while the other is a standard machine in three-tone camouflage: 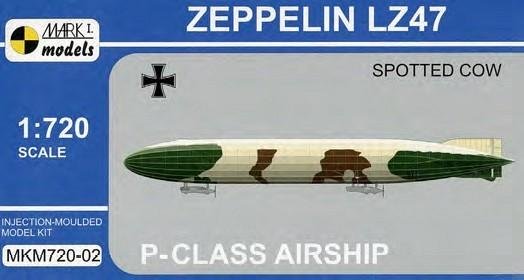 Mark I’s Zeppelins are superb creations, and this LZ47/P-class airship is no exception, despite it having a low parts count (but this makes for simpler assembly), and even in this small scale it measures 9in (225mm) when complete. This type had two gondolas under the main envelope, and each of these is a four-part unit (complete with tiny propeller), and decals for the windows. The two side-mounted ‘power pods’ comprise just two pieces, but there’s a busy five-item lattice framework to secure them to the airship. There’s also a neat threepiece stand with nameplate to mount the finished model. Two Imperial German Flying Corps schemes are offered; one with overall fabric-coloured envelope and the other in the kit’s box art ‘spotted cow’ camouflage: 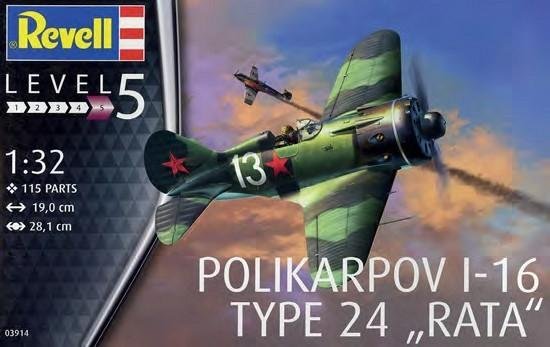 ICM’s splendid I-16 Type 24 has made its way into a Revell box, with new decals. This stubby fighter, known as Ishak (little donkey) among its Soviet users, has been treated well here (as discussed in our May issue new story on ICM’s Type 28). The tooling has managed to capture the aircraft’s subtle nuances, as well as its basic nature, very well. The M-63 engine detail is wonderful, as it offers a complete set of exhaust pipes, bearers, push rods and delicate cylinder case rendering, which can be displayed due to separate panels. The type’s idiosyncratic undercarriage is produced faithfully, and even the nose guns are well detailed. Revell’s decals are good, despite the matt carrier film, and the two schemes are for a black/green over pale blue aircraft, and an aluminium over pale blue naval machine: