A SHORT TRIP IN THE VERTICAL 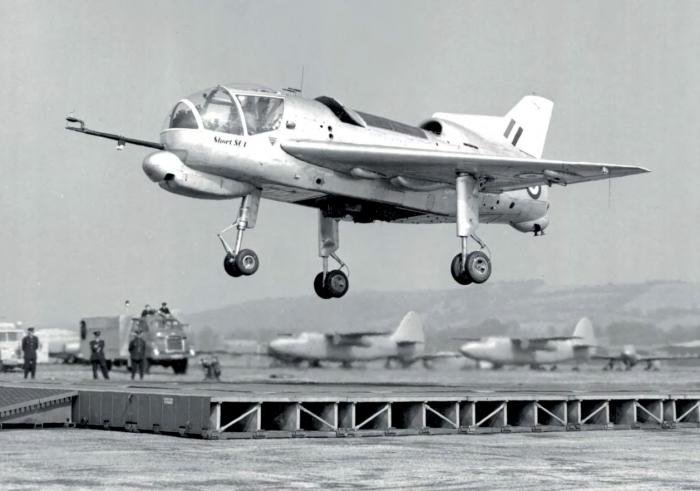 XG905 performs an untethered hover, in a view that provides good underside detail. Note the downward-facing air nozzles under the nose and rear fuselage, and beneath the outer wing. These provided control during jet-borne flight.

The S.C.1 was designed specifically to explore the new realm of vertical take-off and landing – together with transitions to and from conventional forward flight. As such the SC.1 was the first British jet-powered vertical take-off aircraft to also be able to fly normally. Two examples were built; they proved a great success, had long careers and did much to clear the ground for the critical Hawker P.1127 Harrier programme that would follow. 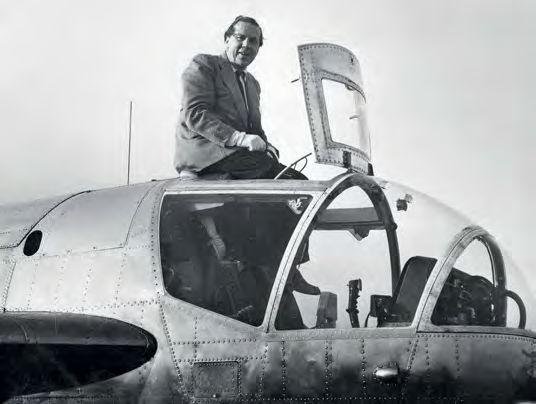 Test pilot Tom Brooke-Smith poses on top of the SC.1, showing how roomy the cockpit appears to have been.