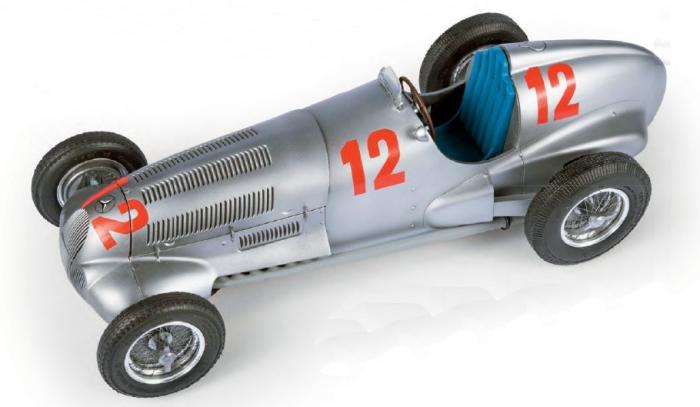 The Mercedes Benz W125 was designed and built specifically to participate in the 1937 Grand Prix racing season. It boasted a massive Mercedes M125 5.66 lit eight-cylinder in-line engine, with a power output that made it the most potent track car for almost three decades. The design was very successful, winning in its first race, and in the 1937 Swiss Grand Prix, W125 entrants finished in the top three places. However, Grand Prix rule changes were introduced shortly afterwards, which limited engine size and car weight, so the W125 no longer qualified for official races.