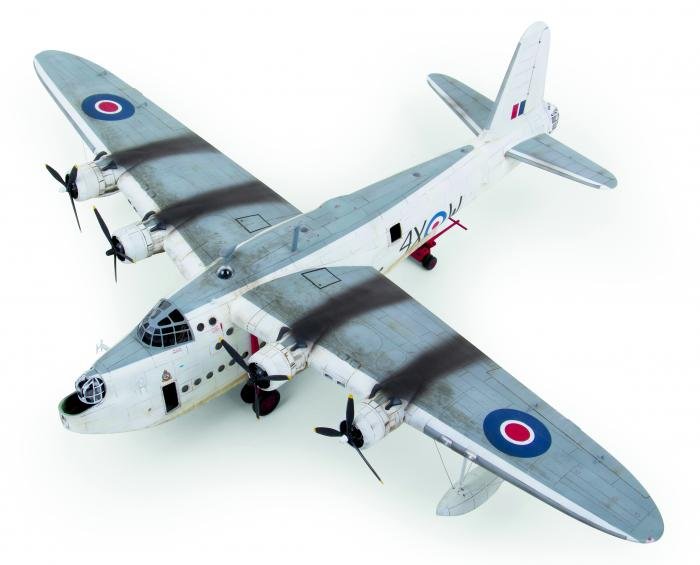 Few aircraft entered service in the 1930s, served throughout World War Two and then continued for more than a decade afterwards, but the Short Sunderland was one such design.
Based on the C-Class Empire flying boat, the S.25 Sunderland was accepted into the RAF in 1938, initially powered by four Bristol Pegasus engines and carrying an offensive bomb load of 2,000lb (907kg). By the Mk.V series, the bomb load had grown to 4,960lb (2,250kg) while power was supplied by Pratt & Whitney Twin-Wasp radial fittings.

Opposing forces dubbed the Sunderland the ‘flying porcupine’ because of its formidable defensive armament – illustrated by a single aircraft shooting down three out of eight attacking Junkers Ju 88s. Throughout the war the Sunderland played a vital role in patrolling the Atlantic and in the destruction of the U-boat menace. Post war, this remarkable aircraft continued to serve, and was utilised in the Berlin Airlift, Korean War and the terrorist uprising in Malaya. After a 21-year career, the Sunderland ‘bowed out’ of RAF service in 1959.