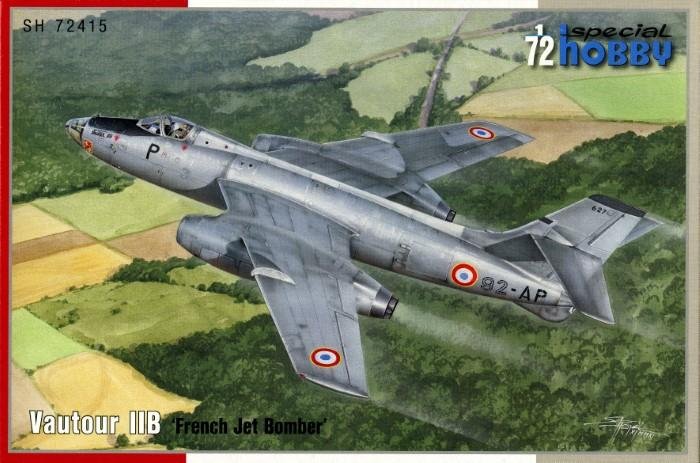 It took many years for a 1/72 styrene kit of the interesting Vautour to reach the marketplace. Once there, though, various iterations of the aircraft were released by Azur, then collaborator Special Hobby. Different airframe formats have been represented, such as tandem cockpit and solid nose.

The first boxing, Azur’s Vautour IIB, has now made it into a Special Hobby box as kit SH 72415, the styrene parts being supplemented by resin and photo-etched (PE) brass items as with the initial package. However, while the styrene’s surface engraving is praiseworthy, note that the kit is not to the same standard as more modern Special Hobby items, such as the 1/72 Mirage F1 (see here). The Vautour kit is typical limited-run fair of the period, without locating pins.