Modellers of racing aircraft should be delighted with the just-released styrene and resin 1/72 Bugatti 100P from Special Hobby. 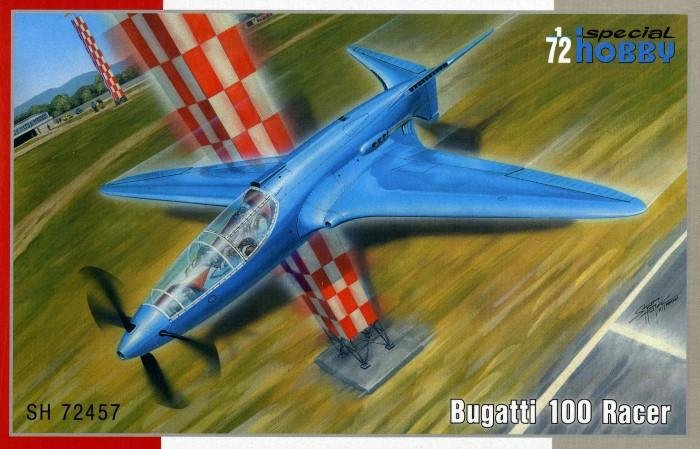 Futuristic-looking for its time, and arguably one of the coolest designs ever, Bugatti’s 100P racer has been poorly served in 1/72 scale, regarding styrene replicas. Just a basic, limited-run effort by Sharkit was produced in the mid-1990s, so the new product from Czech company Special Hobby is the first modern, mass-market tooling – and it’s a class act.

The real machine was notable for its 120° V-tail, two engines mounted in line behind the cockpit, and contra-rotating propellers turned via driveshafts. It was relatively small, this being reflected by the mere 10cm length of the kit’s main fuselage (minus tail and spinner), and the fairly low parts count. What is provided, though, looks splendid. Fine engraving and rivets lines are present, and there’s plenty of finesse on smaller components such as the wheels, instrument panel and initial propeller gear housing.

Above: Several fine panel lines and rivets adorn what is mostly a rather plain fuselage.

Extra refinement comes courtesy of undercarriage bays, exhausts and tail leading-edge cooling inserts crisply cast in resin. However, there’s also plenty to see behind those propellers as the initial drive area is represented… just as well, because the glazing that covers it and the cockpit is impressively clear.
About the only thing missing is a set of seatbelts, but while there are no photo-etched metal details forthcoming from Special Hobby, it does offer a pre-cut tape paint mask set for the wheels and glazing, available separately for 4.30 € (M72035). 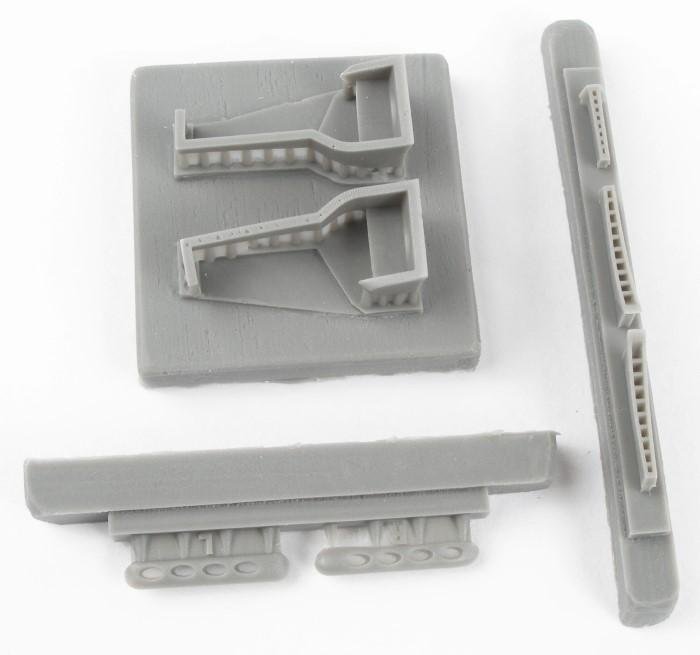 Above: Items such as undercarriage bay inserts, exhausts and tail cooling intakes are cast in resin.

Racing aircraft of the 1930s are enjoying a renaissance with modellers, courtesy of kits from the likes of SBS Model, but this new Bugatti from Special Hobby is also hugely welcome as it fills a noticeable gap in the market. 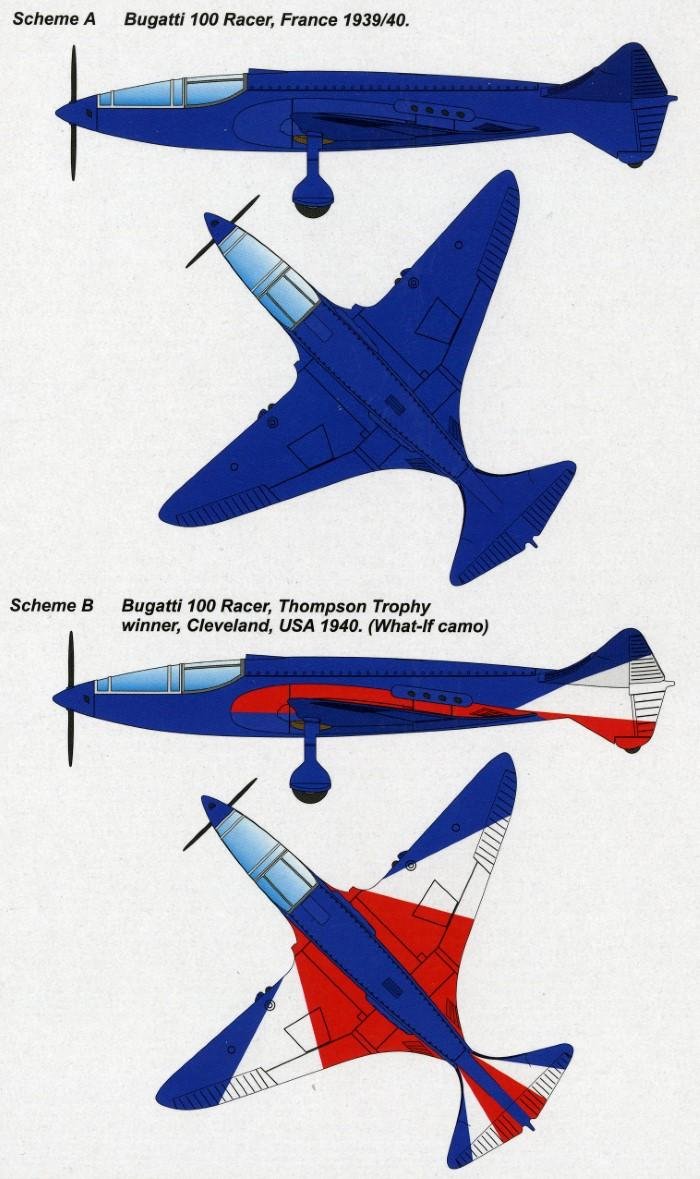