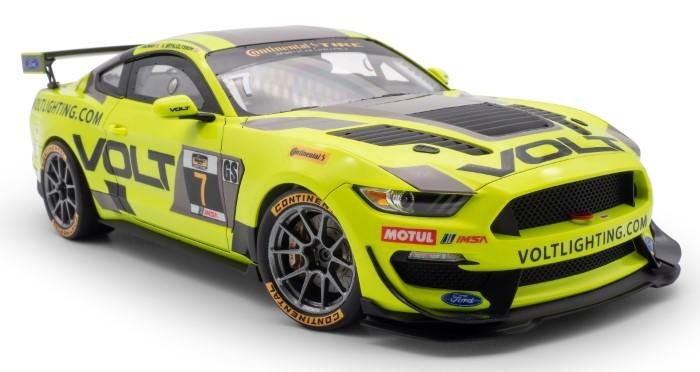 Volt Racing’s Ford Mustang GT4 was the winner of the 2018 Continental Tire Sportscar Championship’s seventh round, held at the Road America track in Elkhart Lake, Wisconsin, on August 4, 2018. The drivers were Trent Hindman and Alan Brynjolfsson, the latter also having founded the Volt Racing team and being the chief of the main sponsor, Volt Lighting. The team finished eighth in the championship that year. The racer was based on a serial sixth-generation Ford Mustang, homologated for participation in the GT4 class championships; it’s notable for its bright yellow-green livery, which is striking and leaves a real impression.