Echelon has recently re-released some of its older 1/35 markings. Here, we look at its 4th Panzer Division collection for the PzKpfw.IV and PzKpfw.II ‘Luchs’. 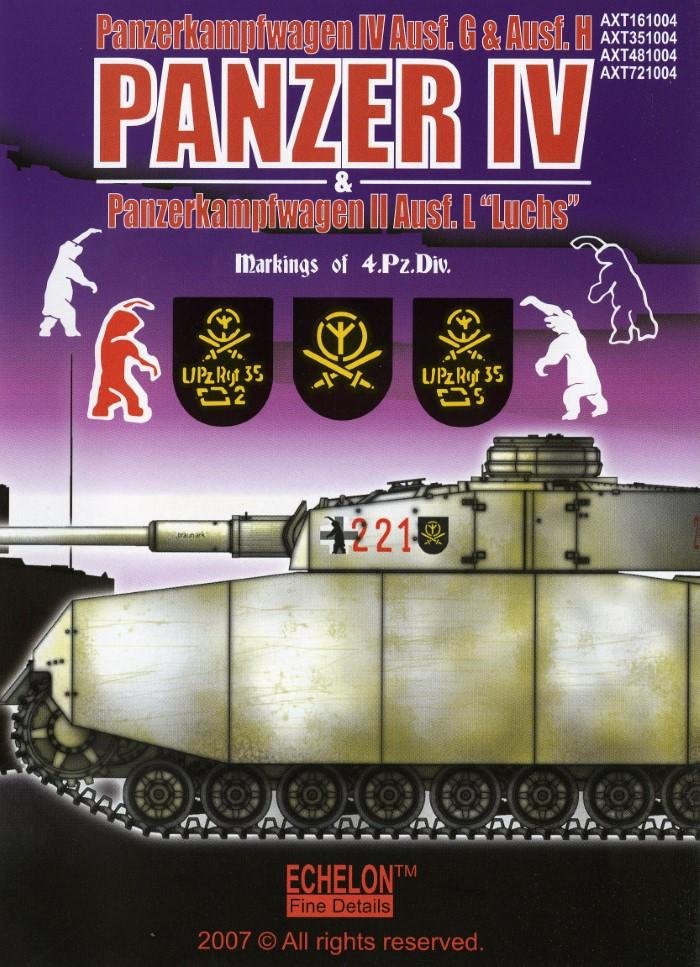 It’s fair to say that Echelon Fine Details is something of a boutique decal producer… far from prolific, but the quality and research are usually superb. Several of its older decal collections have now been re-issued, one being Panzerkapmpfwagen IV Ausf.G & Ausf.H – Panzerkapmfwagen II Ausf. L ‘Luchs’ Markings of  4.Pz.Div. (AXT351004). 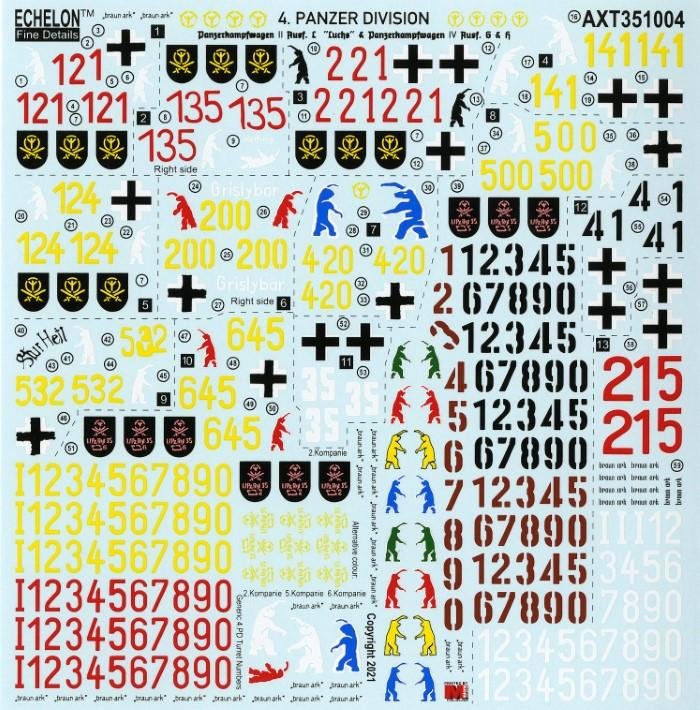 Echelon’s excellent instructions suggest ten Panzer IVs and three Panzer IIs, but enough generic markings are also present to help give 4.Pv.Div. identities to plenty of other builds. Some of the decals have been improved/updated for accuracy, too. Notably, the unit’s standing bear insignia comes in white, green, red, yellow and blue versions, and the different regimental badges come in several styles. Generic turret numbers are provided, as well as set groupings for particular tanks represented by artwork on the instructions. 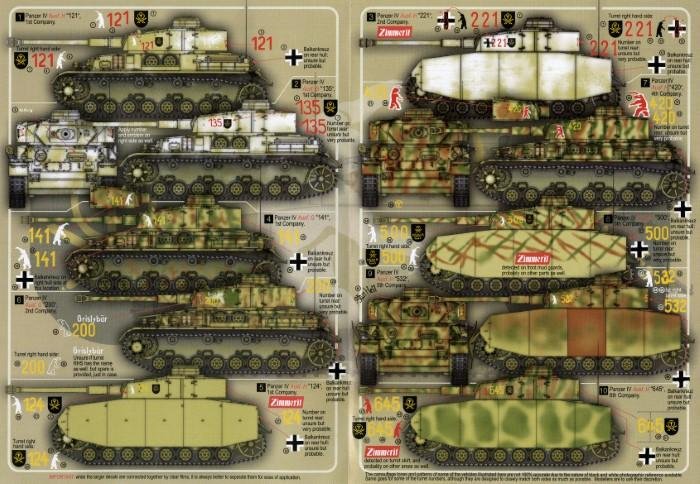 A variety of camouflage is explored here, as well as winter whitewash. Two of the Panzer IV’s are coated with Zimmerit anti-mine paste, and as the subject of the Panzer II turret numbers being debatable, here they are provided in alternative colours. The options are:

These decals look great, and one 4.Pz.Div. build simply won’t be enough once you get going! The added bonus is that if 1/35 isn’t your scale, and you prefer smaller or larger, the sheet is also available in 1/72, 1/48 and 1/16. In the UK, Echelon decals are available via Hannants: www.hannants.co.uk

For information on other Echelon items see here: 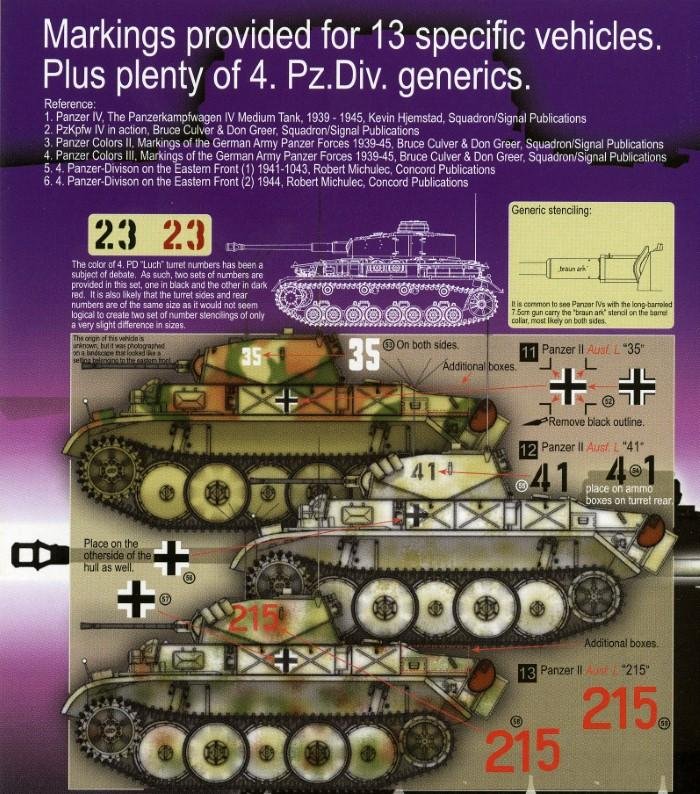