Dr James Whalen finds Aoshima’s 1/24 MGB to be a crisply moulded rendition of this popular sportscar. Here, he provides tips to improve its stance and replicates metallic paintwork. 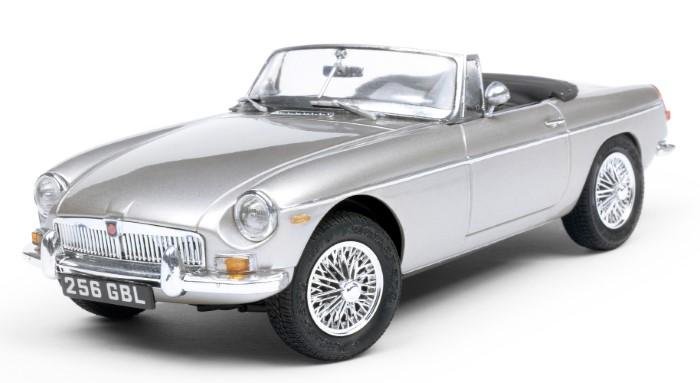 William Morris initially built bicycles, then motorcycles, before moving to cars in 1910. Based in Oxford, his dealership name was changed to Morris Garages in 1913, after releasing its first production vehicle.

A sideline developed by dealer manager Cecil Kimber involved modifying standard Morris cars with an emphasis on sportiness, with these vehicles badged with an abbreviated form of Morris Garages: MG. Its logo, the well-known lettering set within an octagon, was first used on the running boards of a MG Super Sports Morris in 1924. MG soon gained a reputation for its sports cars, with an early achievement occurring in 1933, when it became the first non-Italian marque to win the Mille Miglia – an open-road endurance race. During World War Two, American servicemen became fond of their MGs, with many taking their foreign-bought cars back to North America.