Toni Canfora combines diorama skills with an aircraft model to create a post-war scene set in Austria, where Me 262s of JV 44 ended their service. 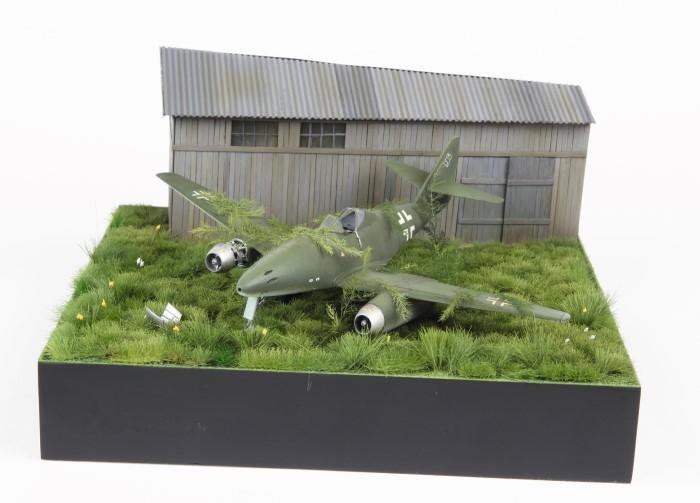 Messerschmitt’s Me 262 needs little introduction, being the first ever operational jet fighter. When it appeared in the skies over Germany in the summer of 1944, it caused concern among Allied aviators. The more exceptional Luftwaffe pilots still in action had been more than a match in their Bf 109s and Fw 190s, but in a machine such as the Me 262, they would have been truly formidable opponents. The Allied strategy however, was to deal with the threat on the ground if possible, instead of facing the aircraft in air-to-air combat. It’s also notable that the Me 262 was vulnerable during take-off and landing, and it had limited range.