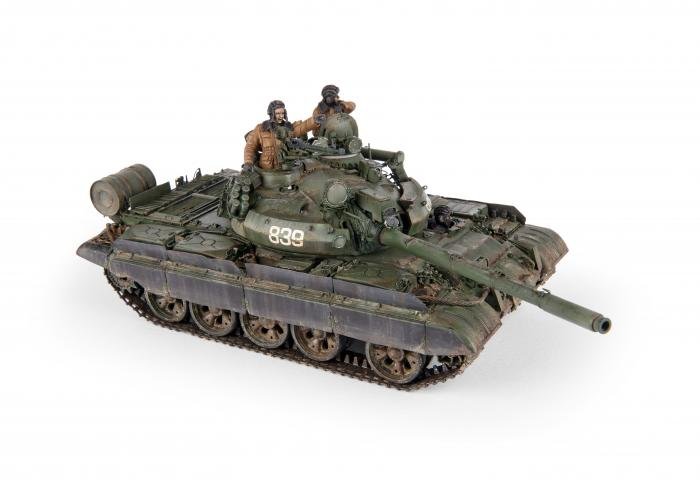 The T-55 is one of the most-produced tanks in history with an estimated total of 100,000 units having been manufactured.

First conceptualised at the end of World War Two, the design has proved incredibly successful. Many local upgrades and refurbishments have kept the tank still relevant and in service with many countries to this day. The 1983 ‘AM’ upgrade was one of the most sophisticated at the time, bringing the tank level with many of its contemporaries, featuring increased armour and an improved fire control system, Volna. The latter featured a highly advanced ballistic computer using laser range finders and upgraded sights; when coupled with a stabilised gun mound, this enabled more accurate gunnery, even on the move. By the late 1990s, the T-55 was retired from the Russian army, but a number were retained in reserve and have since been recalled to service.