Tamiya’s newly tooled 1/35 Soviet KV-1 Heavy Tank is placed into a suburban Leningrad setting by Johan Augustsson, with the help of MiniArt figures and Reality in Scale accessories. 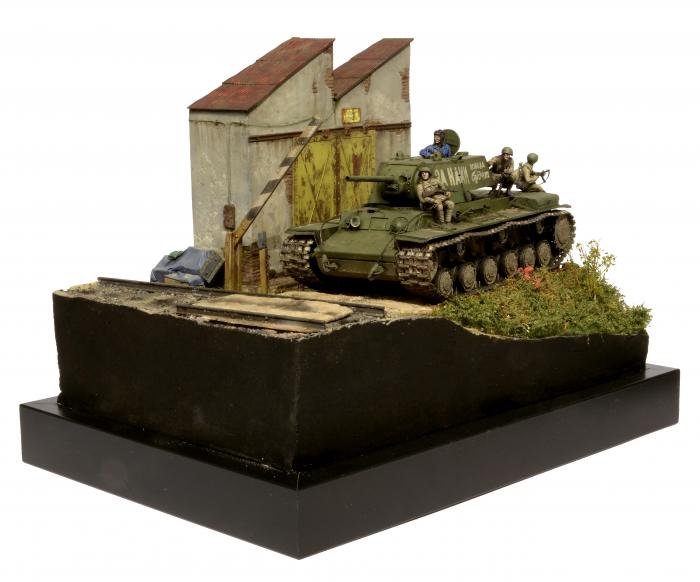 Germany’s siege of Leningrad lasted for nearly 900 days, from September 8, 1941 to January 27, 1944, during which the city’s population suffered tremendously. Casualties due to starvation and violence numbered approximately 1,500,000, including the soldiers trying to break the siege, while more than 1,400,000 civilians were evacuated to the east. However, military supplies did arrive both via transport over the frozen Lake Ladoga and later a lakeside corridor, while industries able to continue production also generated stock. The Soviet military made several attempts to break the siege, and this diorama depicts one of the force’s KV-1 heavy tanks in spring 1942, heading for the front accompanied by mounted infantry.